I have three Android smartphones used for various things 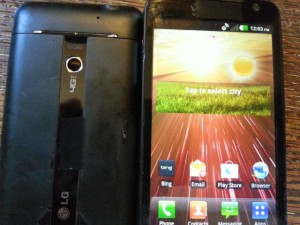 . Only my latest one, which I got in 2013, has a data plan on it. The other two are older ones used for testing apps and for taking the load off my main one. My oldest one is an LG VS910 smartphone from 2011 and has been acting strange lately. It’s slow to respond to my commands and the Wi-Fi hasn’t been functioning for months. I removed some underused apps, hoping this would improve these problems. It didn’t and I had heard about doing a factory reset which takes the smartphone back to when the day I bought it. All the personal data like pictures, videos, social media settings are removed. Sometimes, this can solve smartphone issues. This smartphone had never been reset in almost five years of use. The reset should clean out all the crud like poorly written apps and data which is slowing it down. To access the factory reset, I opened settings- Privacy and there was Factory data reset. Before this, I copied off the pictures and videos to dropbox so I can access them on all my computers and Android devices.  The factory reset would be a good thing to run on any smartphone you are retiring and relinquishing to someone else.  After my reset, the smartphone was fast as when i bought in in 2011 and this was a plus.  Unfortunately, the Wi-Fi still had an error when I tried turning it on from the settings panel.  I’ll probably end up taking it apart to see if there’s something I broke the last time I took it apart.