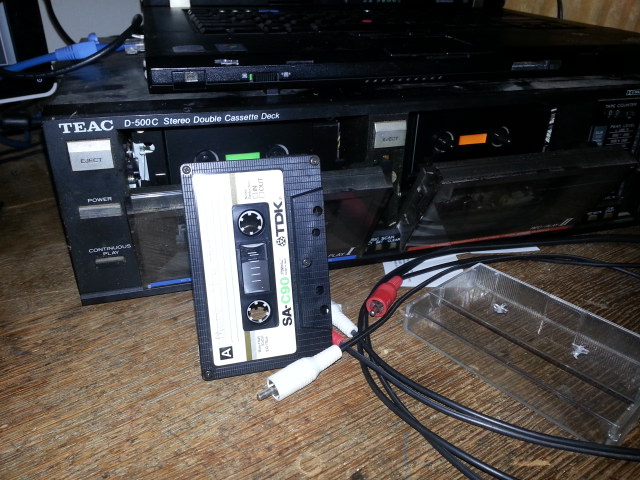 One of my closest business networking friends is research specialist John Dickmeyer. John worked for the ACPL for many years and he has his own TV show on Access Fort Wayne. He is also interested in computers and we are always learning from each other during our talks.

I’m old enough to remember cassette audio tapes and I still have lots of them and still play them. John gave me a great idea what to do with them to preserve their contents last week. He uses Linux Mint on one of his computers and one of the built-in programs is Audacity which is for recording and editing sounds. John uses audacity to play and record the tapes to his Linux computer and then burns them to CDs if he chooses. I’m going to try that tonight with a cassette tape deck I just connected to my Linux computer. I’ll let you know how it goes.