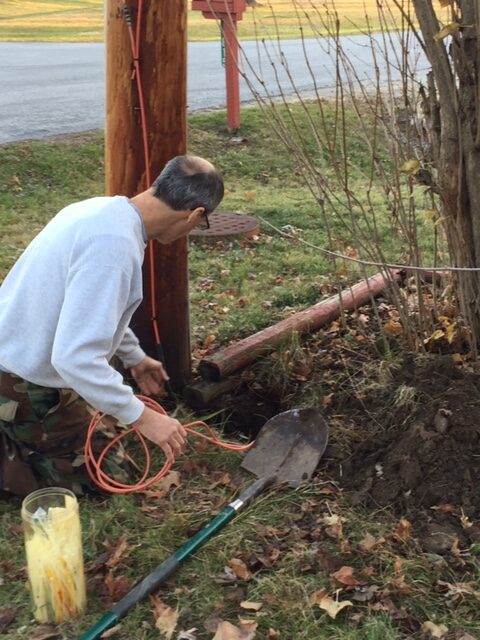 Last month my Wife was having problems with the Xfinity(Comcast) signal on our television. The DVR(digital video recorder) would loose connection to the internet, freeze during playback and display error messages. I noticed the internet went up and down on my computers as well. Xfinity service technicians came out two or three times and replaced all the coaxial cable from the pole to the house. The outside junction box on the house was replaced also.

Our Xfinity service is better now with fewer issues. The last thing that they needed to do was bury the coaxial cable underground and about two weeks later another crew came out to do that. The one problem they left behind was too much slack in the cable near the pole. I probably could have called Xfinity and had them remove the slack, but I decided to do it myself after 2 weeks.

A hole near the pole was dug about a foot deep so the excess coax could be wound up in a loop. The loop of coax was bound with wire ties and buried in the hole. It looks better now and it should be safer from something happening to it in the yard like being cut or mangled. 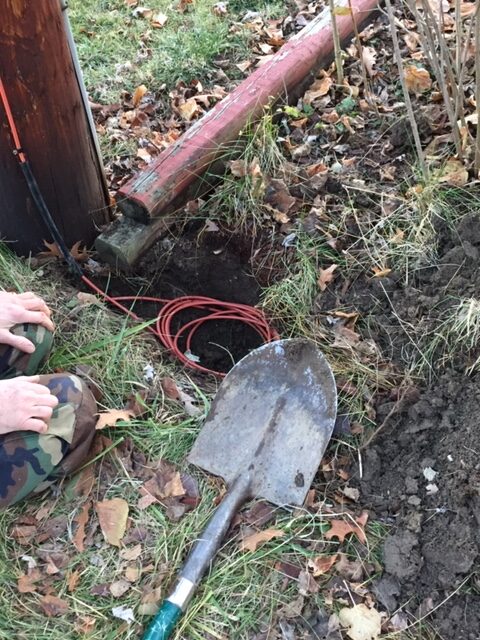