Comodo Internet Security has been my favorite security and anti-malware program for many years for myself and my Fort Wayne computer repair clients. It has versions which protects Microsoft Windows and a version for Linux computers. The Windows version has 3 modules which work well to protect your computer and also alert the user to threats.  It has some great tools like View Connections, KillSwitch, and Cleaning Essentials that I use to disinfect malware and report on a computer’s detailed activity.

About a month ago, I was downloading Comodo Internet Security for a computer repair client. When I installed the download, the setup interface was different than its usual appearance and I realized this wasn’t version 8.  This new one is Internet Security Premium version 10 and the user interface is different than the earlier version as well.  It also had a new feature for secure on-line shopping which I haven’t tried yet.  At first I was skeptical with this new version, but it is similar to the previous version and has the same great modules like Virtual Desktop. This is a quarantined environment  where one can run a browser or another program isolated from the operating system. I’ll keep you updated on what I find in this new version. 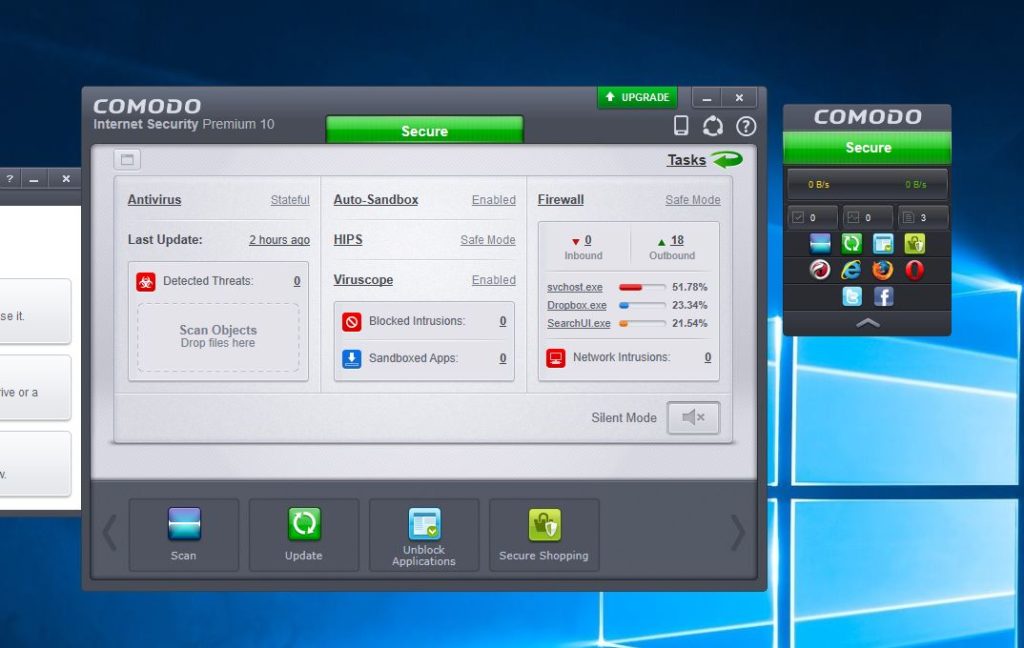