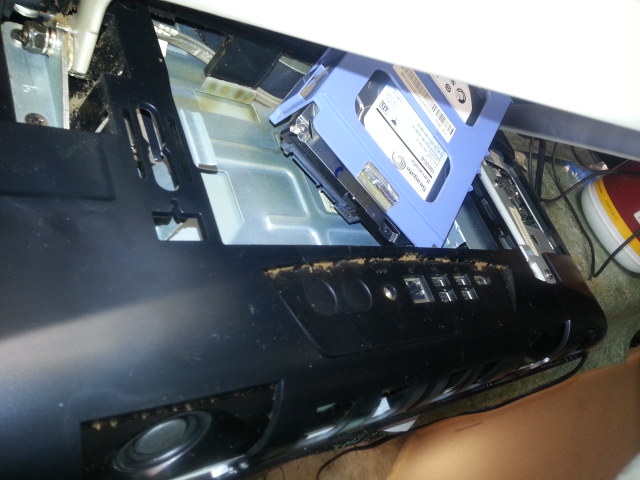 Last week someone new found me on Google and called me about their Lenovo all-in-one computer.  “We were in FaceBook and all of a sudden a ‘No operating system’ error popped up on the screen. No matter what we do, it won’t go away.” We can’t get Windows 8 to start or run. I found out the computer was six years-old and my first thought was the hard drive had failed. The hard drive permanently stores all your files on the computer(you hope). When it fails, the operating system won’t start and your personal data may be lost.

My new client and I met at a parking lot in Fort Wayne and I took the computer with me. I got the computer on my workbench and removed the hard drive and placed it in my drive reader. The hard drive made some unusual beeping and after two minutes was silent. No matter what I did-it couldn’t be read or recognized by any of my computers. I tried two different drive cages and Windows and Linux.  I asked my client if they had any back-ups of their data and nothing existed so everything was lost that was on the computer

The moral of the story is back up your data regularly in cases like this. There are many options like thumb (USB drives), cloud storage, network drives, and external drives.

If you were curious about FaceBook having anything to do with the hard drive failure, it didn’t. But you never know about FaceBook!