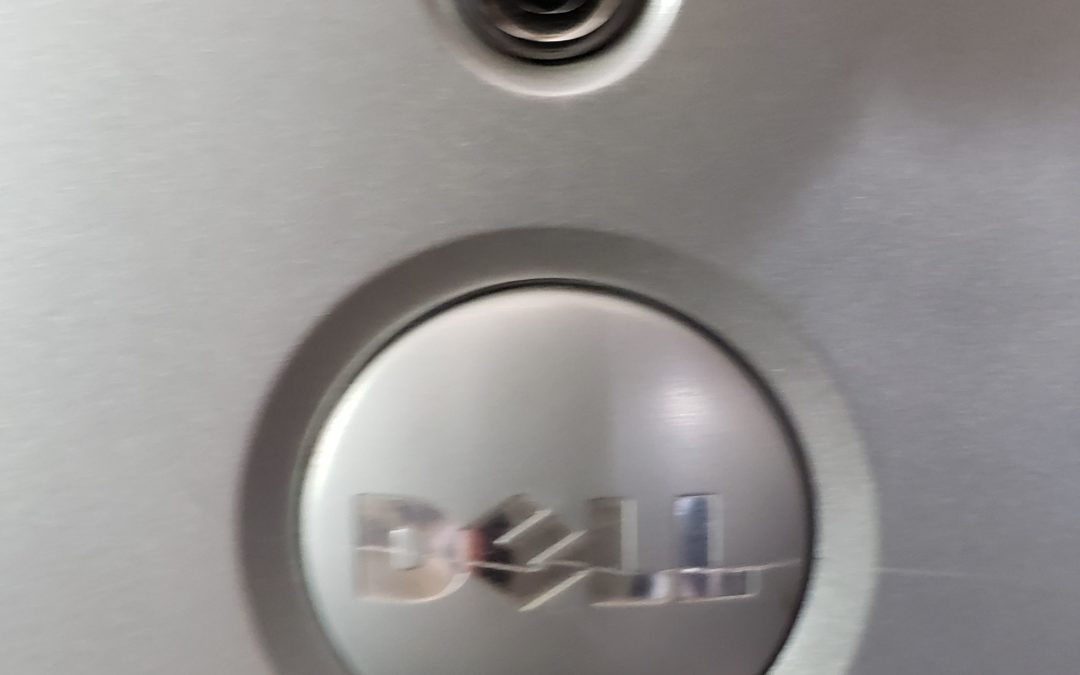 Last December I got a call from a long-time computer client about his Dell desktop computer. He tried turning it on and nothing was happening on his monitor.  I showed up on site and tried powering it for myself but got the same result.  The computer cover was removed and the power switch was examined and looked normal.  I tested power supply and it passed with my tester.  Having the cover off it was realized how dirty the inside was and I blew out all the dirt and dust with my compressed air in a can. I was hoping this might help but the computer still won’t come on by front power switch.  The power switch could be defective and to test that theory I shorted the 2 wires for the switch together but it still wouldn’t turn on.  All the peripherals like the DVD player were disconnected but to no avail. Other techniques were tried and nothing helped. No fans turned or LEDs lit up on the motherboard.

The ten year-old computer was pronounced dead and It happened at a good time.  The computer’s Windows 7 operating system has reached its end-of-life and a new computer would be much faster than repairing this one. In case you weren’t aware, Microsoft Windows 7 isn’t being updated for free any longer and for my client,  Windows 10 is the next step.  It isn’t wise to repair a computer which is this old and my client got his money’s worth out of this computer. Later that week I got him a new computer and he was on his way to computer happiness.