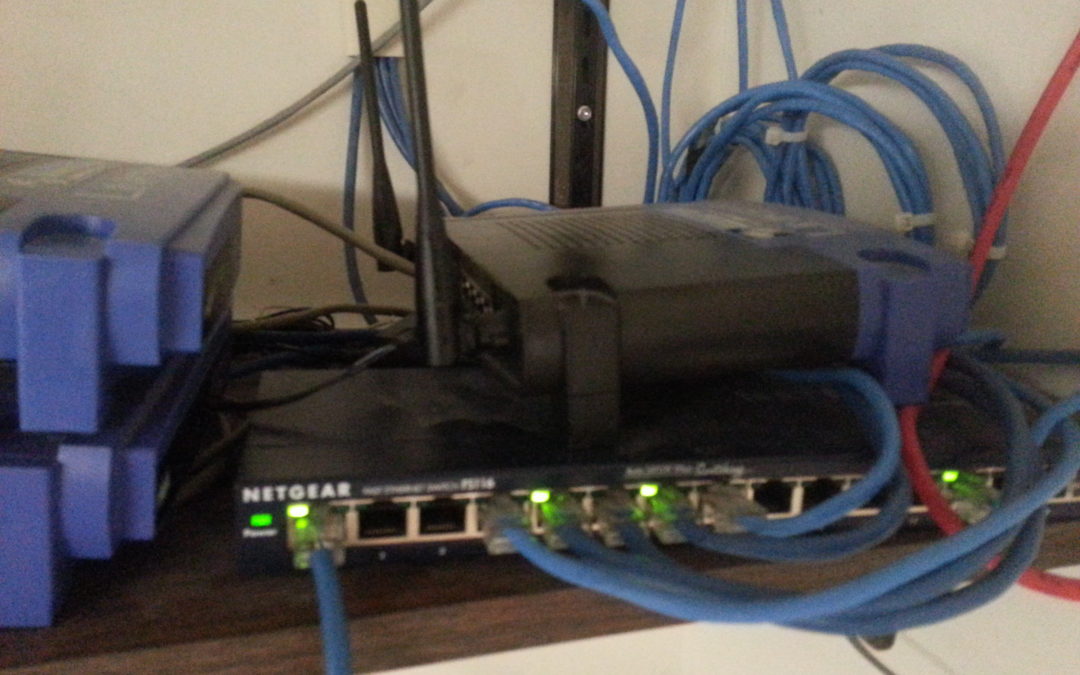 I was working with one of my business clients who was concerned about the Internet speed at their business. One computer was great on the Internet and two of the others were slow.  They would pause for seconds before they would pull up a web page or time-out after five seconds or more. The remaining ones were in-between on speed. The local programs running from a server were acceptable and posed no problems on any of the computers.  My client called their ISP and the data line up to the modem tested good so I assumed the problem was in my client’s building.

I paid a visit and set up shop in the telco/network wiring closet area so I could observe the network equipment. I looked at the network switch where all the ethernet network connections are concentrated. I didn’t see any lights flashing continuously and rapidly so I didn’t think any one computer was causing the problem by flooding the network with traffic. I restarted the network switch, cable modem and router anyway just to be sure they weren’t hung-up in a weird state. No change happened so I continued.

I ran Wireshark, a network protocol analyzer, on my laptop to watch the traffic on the Local network. I didn’t see anything unusual or a lot of traffic.  At this point, I assumed the problem were on the computers and not the network or internet.  Maybe it was a malware infection or a configuration problem on the slow computers.

I started analyzing one of the slow computers and discovered it had 12GB of RAM and adequate hard drive space so it should be should be fast. Viruses and other malware were found and removed, but that wasn’t the problem.  Maybe the Chrome web browser is the problem so I tried Firefox and Internet Explorer but they had problems, too. The network (ethernet) connection speed is 1GB which is what it should be.  A ping command was run to the router for several minutes without a dropped packet and this ruled out the hardware.

The problem was finally found to be a DNS issue and I changed the DNS servers from dynamic to static and set them to OpenDNS servers. That solved the slow web browsing on this computer and the other ones once they were changed.  Now when they web browse, it is very fast.