Last week a networker I’ve known for 11 years sent me a Facebook message for computer help. I responded within minutes with my smartphone and set an appointment a few days later after calling them.  A service call was made to their business and I worked on five different laptops.

Another Facebook friend sent a message asking if I repair audio entertainment equipment like turntables and CD players.  We messaged back and forth over several days and we set day for me to visit and pick up the audio components.

During the same week, a Facebook friend who works for one of my business clients messaged me to call a relative of his.  They told me later that he didn’t have my phone number, but remembered we were Facebook friends and he could message me that way.  His relative needed computer and printer setup, troubleshooting and training. A few days later I was at their relatives location helping them out. 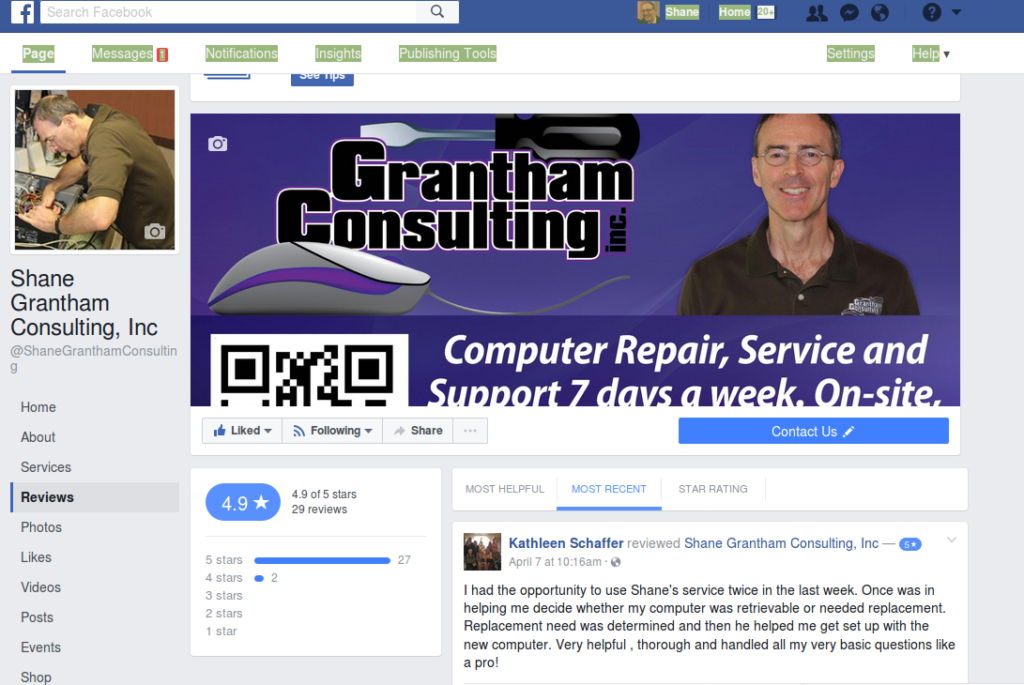