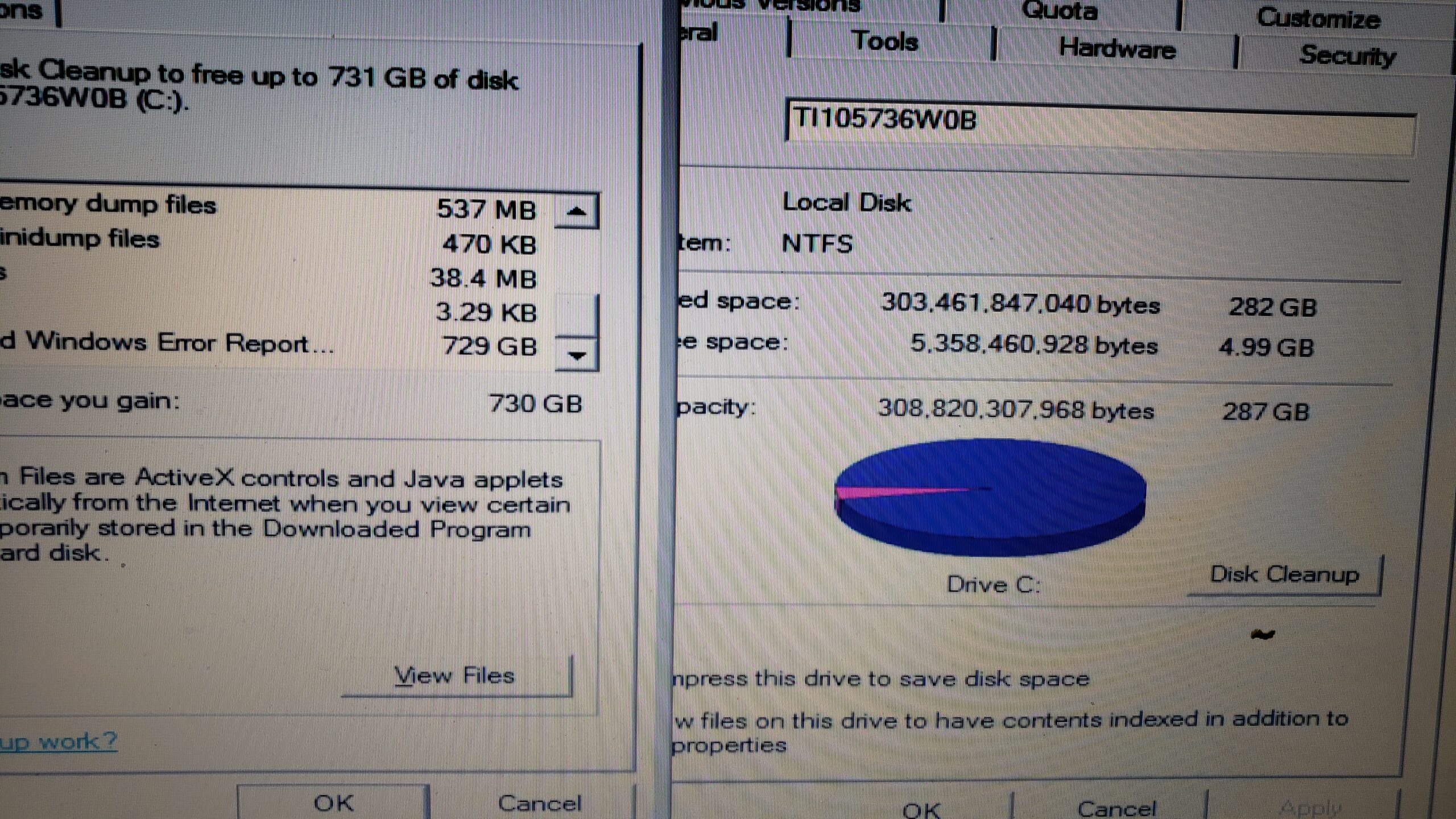 My wife says I have to have constant stimulation from TVs, radios smartphones and computers. It makes perfect sense that I have a kitchen computer for watching and listening to entertainment while I cook and clean. It’s always an old, repaired laptop usually a Windows 7, 8 XP or Vista that has some problem with it. I don’t care if it gets wet or falls on the floor or gets food on it.

The current one was a Windows 7 laptop that froze frequently at startup. This got aggravating especially when I was in a hurry to watch the Love Boat. The sound output wasn’t great at times as well. I was running a disk cleanup on it a week ago and looked twice at the report because something wasn’t right with it. The amount of space that could be freed was 730GB and the total hard drive size was 320GB! Something was wrong with the hard drive. I ran disk cleanup a few more times and it came out wrong each time. It was probably a Windows file problem or a virus. Windows 7 isn’t safe anymore without security updates being installed. I had an idea to fix this.

I installed Linux Mint 20.x over Windows 7 with a DVD disc I made last year. It installed nicely and for a week it’s been good without any freezing during startup. I’ve been streaming pluto.tv shows and other internet shows on it without problems. Remember Linux for your old Windows laptops and computers to bring them to life again without all the viruses and security problems.