Weird things happen when your hard drive gets full 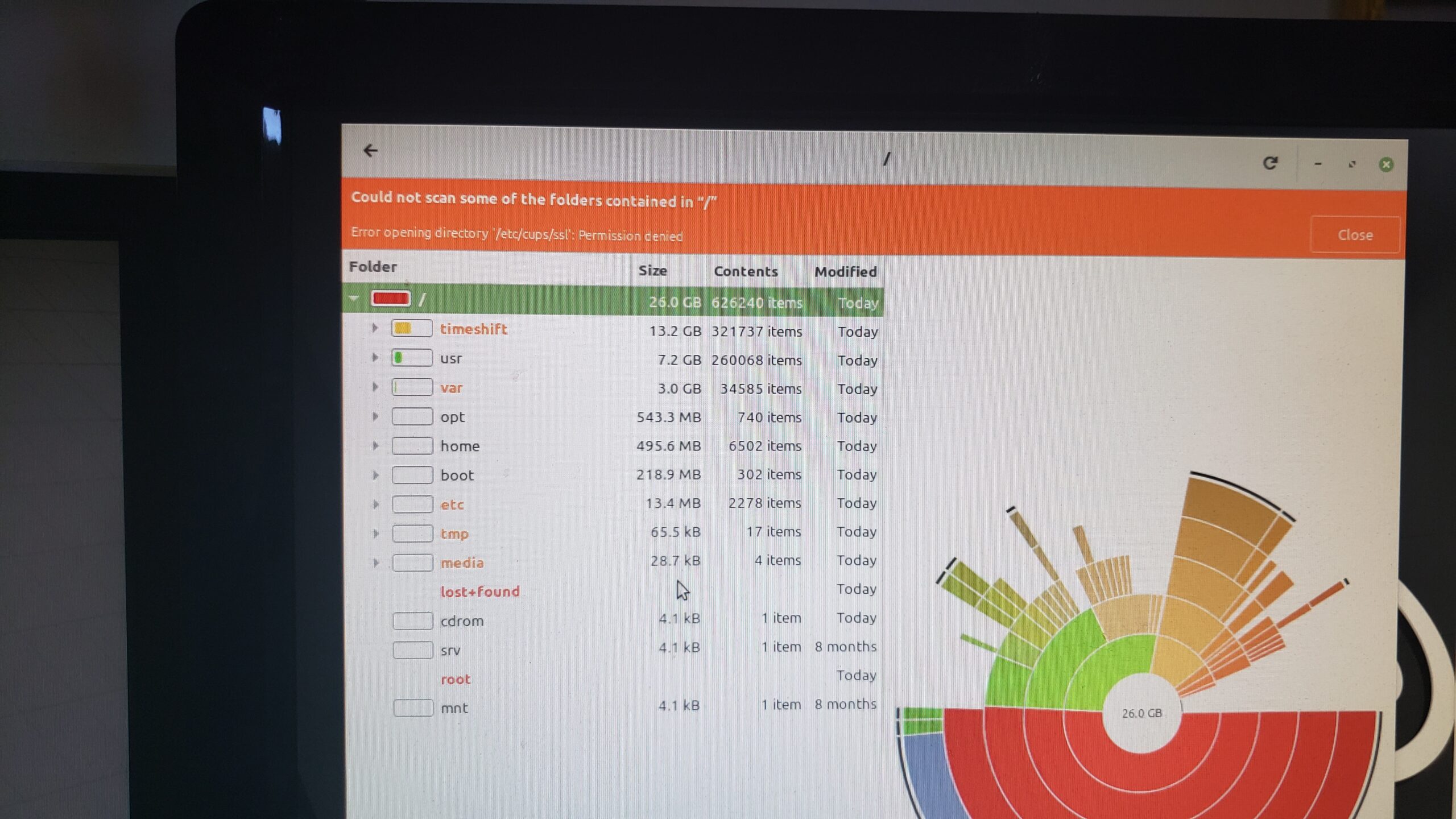 On one of my computers I was trying to take snapshots of fitness videos last week and they wouldn’t save. This was on my Linux Mint 20.x desktop computer. No error messages appeared and no photo appeared in the photo folder like it should have. I also tried running a program by clicking on the program icon and it wouldn’t respond – no messages of any kind showed on the screen.

My hunch was a storage space issue. I checked the hard drive status with the disk utility and it had less than a GB available out of 170GB. Big files like Virtual machines were moved to my server and unneeded files were deleted.

This helped and now I can save snapshots of my videos and the other programs respond faster than before.

If you’re having erratic problems with a computer, it might just be the storage space getting full.