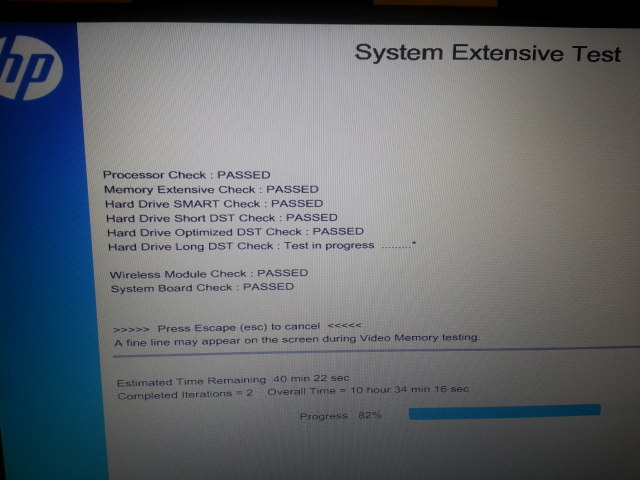 I break down computer problems into four areas: hardware, software, operating system, and user. With the complexity of today’s computers, it’s hard to know where to start troubleshooting sometimes.

If I suspect hardware is the culprit, I might be lucky and built-in hardware diagnostics are already on the computer. If it’s a cheaper model it probably won’t have them. It’s activated usually with a function key like F11 or Esc as the computer is started and before the operating system(Windows,Linux,Mac) starts.

I was working on an HP laptop today which had them and it allowed me to test the CPU, Memory, system board (motherboard), hard drive, wireless,and video memory.  . Occasionally it’s found under the BIOS setup menu. After the test ran, everything component passed so I knew the problem was the operating system or software.