Are you sharing with others? Fort Wayne Computer Repair 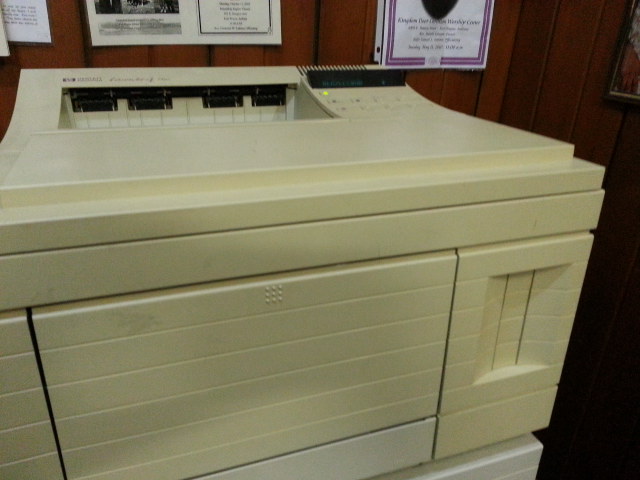 I was helping an employee of one of my commercial accounts today with a printer issue in his home. He was trying to set up his USB printer for sharing on his computer so his wife’s computer could print to it. Both computers are Microsoft Windows 10 models and he was very frustrated after spending a few days on it. He almost bought a new printer.

I asked him questions over the phone and he couldn’t answer all my inquires so I suggested we use the remote control program, Teamviewer.  He downloaded and installed it on both of his computers and I connected remotely from my computer.  I first looked at his computer because it  hosts the USB printer. I knew the network was functioning because I connected to it through the internet. It was an HP OfficeJet model and under properties I could see it was shared which is what we want.

Next, I connected to her computer remotely with Teamviewer so I could see the perspective from her computer. I accessed Settings – Devices – Printers and Scanners. The HP OfficeJet printer on her husbands computer was listed here which is perfect. I opened the properties for it and clicked on “Test Page” to send a job to the printer and he said it printed.

I couldn’t understand why he called me because the printer printed from his wife’s computer which is what he wanted. He said it didn’t print from his Internet web browser so I asked him to demonstrate for me. He opened Firefox and started a print job. Now, I saw the problem: the selected printer was the Microsoft Onenote driver or something like it. I changed the printer to the HP OfficeJet and the web page printed on the next try. I changed the default printer to the HP OfficeJet so all his programs would print to it in the future.  He was almost there – just a few steps away!