I should have asked first. Fort Wayne Computer Repair 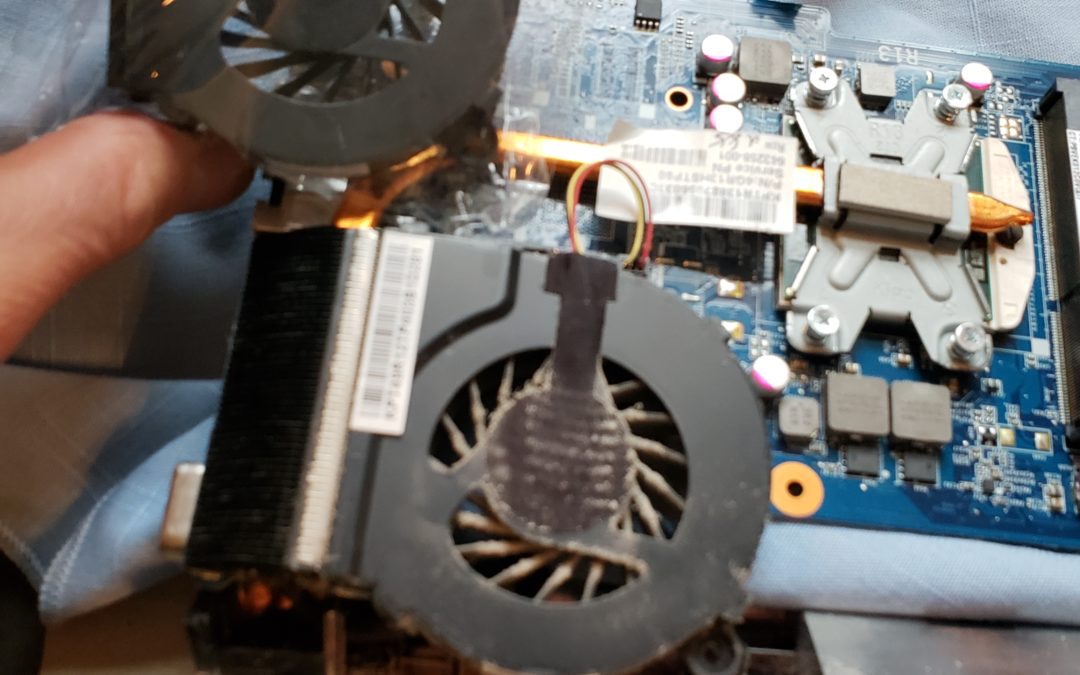 A few weeks ago a Fort Wayne computer repair client asked me to replace the CPU fan in their HP Pavilion laptop. They bought the replacement fan and delivered it to me with the laptop. The fan noise was very loud and from my experience, it was failing. Most laptop/notebooks have cooling fans to prevent your CPU (Central Processing Unit) from burning up. They blow cooler air from the outside and direct it on the CPU and possibly the Video display chip also.

With most laptops as in this one, it’s more complicated.  First, the bottom panel has to be removed by removing 16 screws. The keyboard had to be lifted off the laptop so more screws could be removed.   Six ribbon cables had to be delicately disconnected from their motherboard connectors. The cables are for the video display, keyboard, trackpad, USB, Wifi, and other functions. Now the laptop bottom panel could be popped off. I removed the defective CPU fan by removing the screws and then removing dust and particles on heat sink.  Finally, the new CPU fan was installed. The laptop was put back together and the fan was much quieter and the project appeared complete. 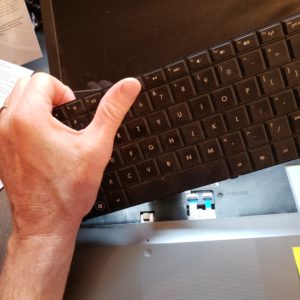 I put the laptop on the internet to test the WiFi and it failed to connect.  I feared I forgot to attach the WiFi cable back to the motherboard or it came loose.  The laptop was disassembled again to look for any problems and nothing looked wrong.  My fear is that I static shocked the wireless network card or one of the cables had a break in it.  Later I texted my client to find out if the wireless ever worked and they said it never has worked! I just assumed it had worked. I was relieved to know I didn’t damage anything but also disgusted that I didn’t ask my client first before going though the disassembly again.  From now on I will ask if anything doesn’t work on a computer before I begin work to prevent this waste of time in the future. 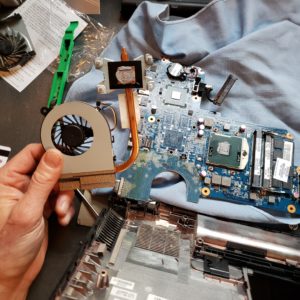