My charger won’t stay connected to the laptop 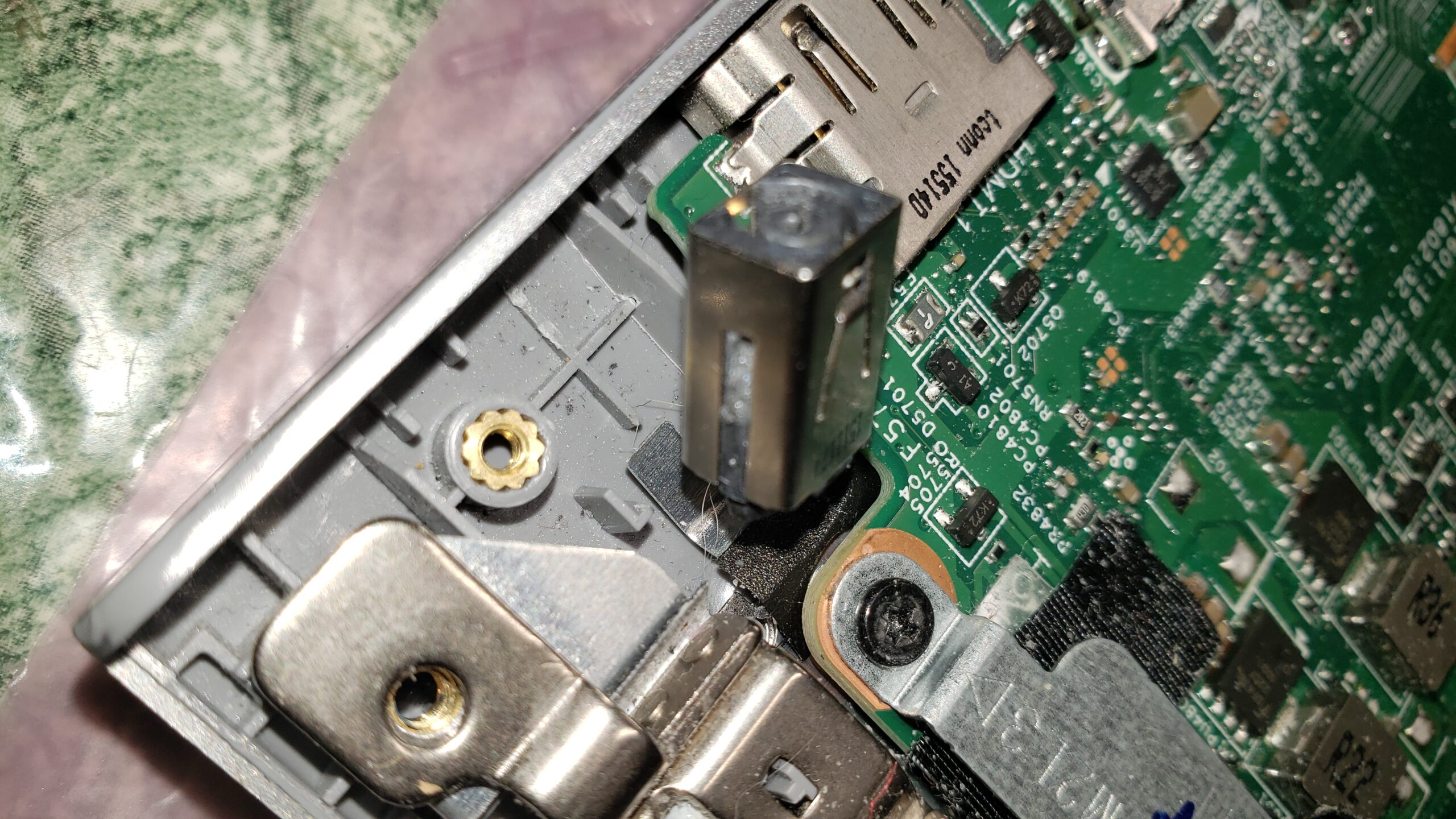 Someone at my gym said, “You work on computers don’t you?” last week. We discussed their problem and the next day I took their laptop back to my office workbench. It seems the laptop took a tumble off the couch with the charger connected to it. Now the plug won’t make a solid connection to the charging port and consequently won’t charge the battery. 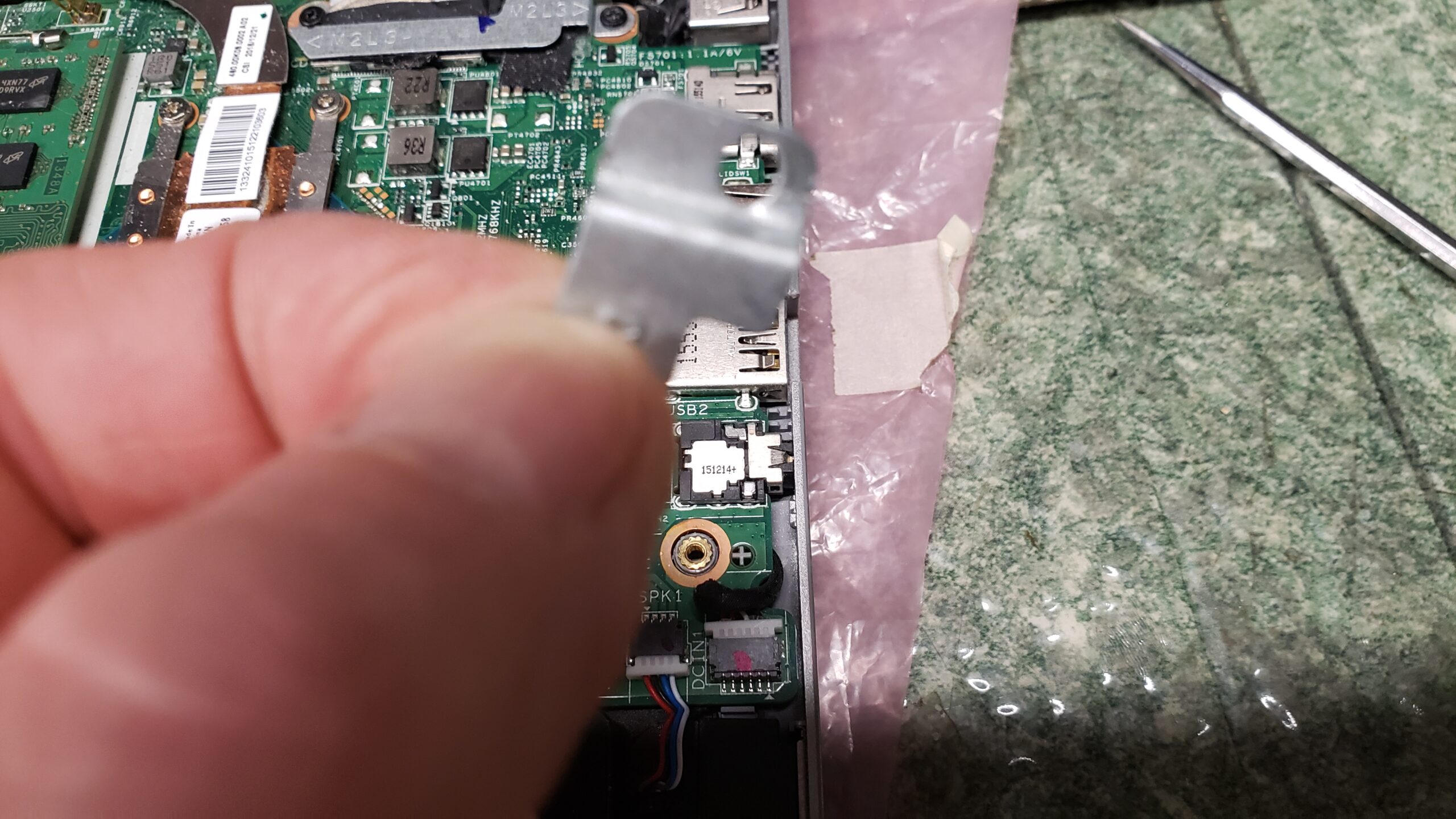 Another way to hold the charging port to the laptop was needed. I looked through my laptop parts and found a hard drive mounting frame made out of aluminum. Using tin snips, my vise and pliers, a bracket was fashioned. It was screwed into the hole for the old tab and it was a little loose and it was removed. A tighter bend was made and it was re-secured to the charging port. This time it was tighter and didn’t slide back into the case.

The laptop was able to be charged and ready to be reunited with its owner. 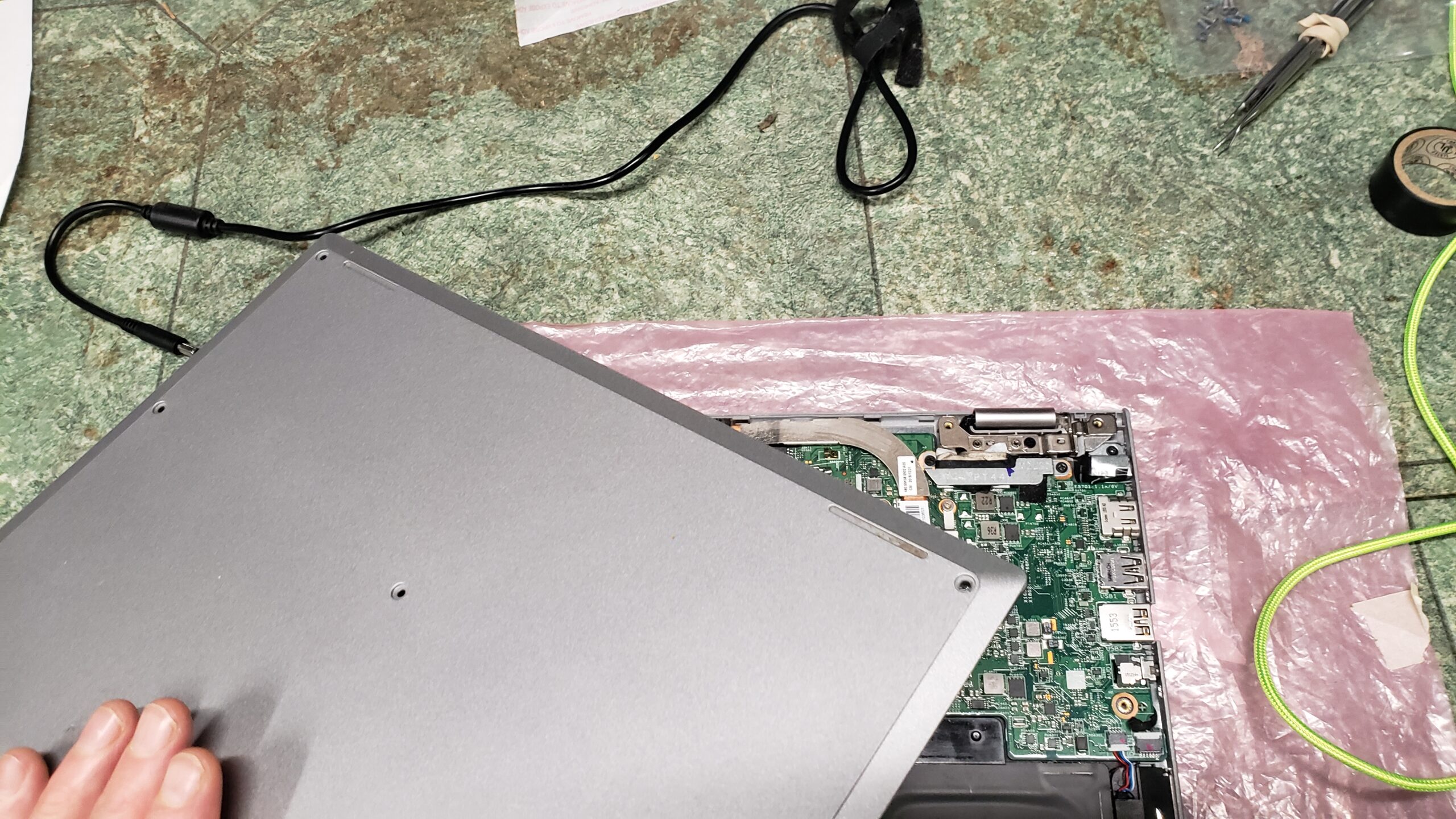