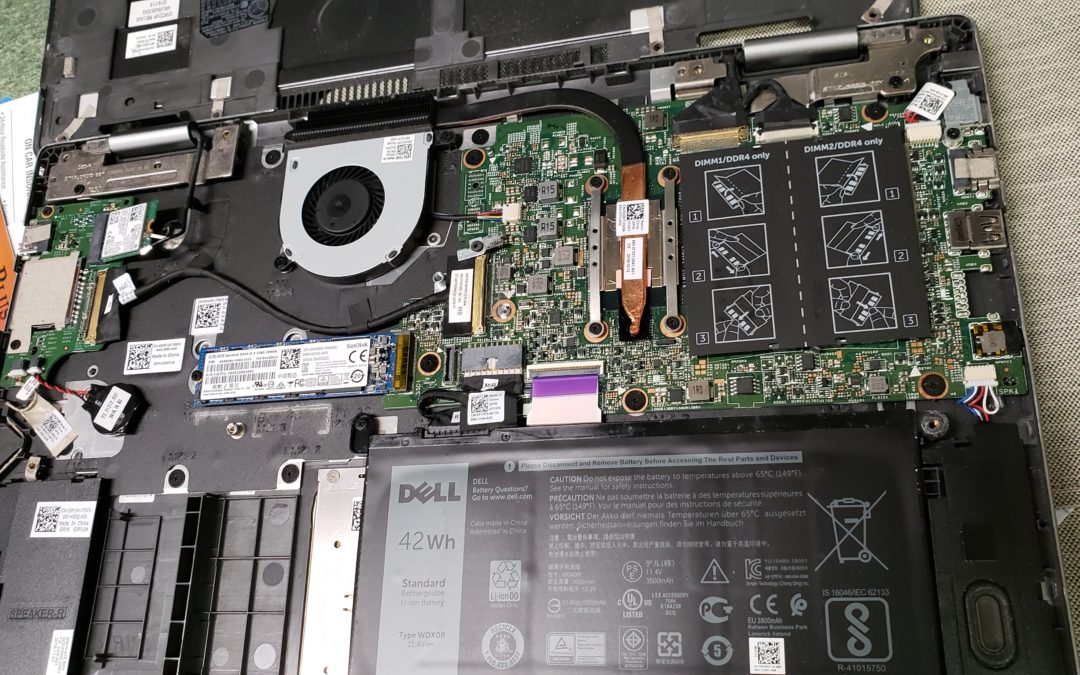 One of my business networking friends contacted me this week about their Dell laptop which wouldn’t power on. I picked it up at their business and brought it back to my workbench along with one AC Adapter. They said they have two AC adapters and neither powers it on. Just to verify this, I measured the AC adapter’s voltage and it’s correct -19.5VDC.  I Tried powering on the laptop with the power button and nothing happens when it’s pressed. The problem is somewhere inside the laptop so the underside-cover has to be removed to gain access. Once this was done, I started troubleshooting.

The battery was disconnected and AC Adapter and I let the laptop sit for a while to discharge any weird data state it was in. The laptop power button was tried again and still wouldn’t power on.   Earlier I noticed the WiFi card was loose and one of the wires had come off the board and the connector studs broke off.  Also, the mounting screw was missing and I never did see it in the laptop.

Maybe the memory was defective or needed re-seated in the RAM holder. The RAM stick was removed  and reinstalled and now the laptop powers on!

The next day I went to test the laptop after it sat idle overnight and to my amazement it wouldn’t power on!  I was mad that I had to start over, but it had to be done. I wasn’t sure if a bad solder joint existed or a defective connector or the motherboard was dying a slow death. I went through all the troubleshooting steps again.  But this time I disconnected a motherboard inter-connector cable and while moving the laptop around a metal mounting bracket fell off! It did not belong where it fell off and I realized it was the wireless adapter mounting bracket!  Being metal, when it rested on the motherboard circuits it shorted them and disabled it.  Later, after I disconnected the battery and AC adapter, the laptop came on!  We were lucky it didn’t damage anything. I tested shutting down and restarting the laptop and it worked great every time. 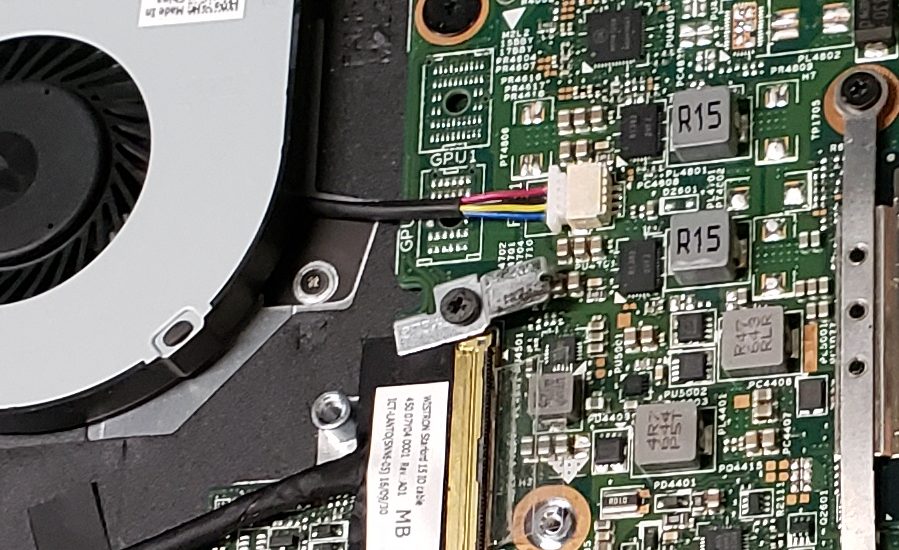 In the center of the picture is the aluminum bracket with a black screw. Once it was removed, the laptop worked normally.