A LinkedIn picture is worth 1,000 views. Fort Wayne computer repair. 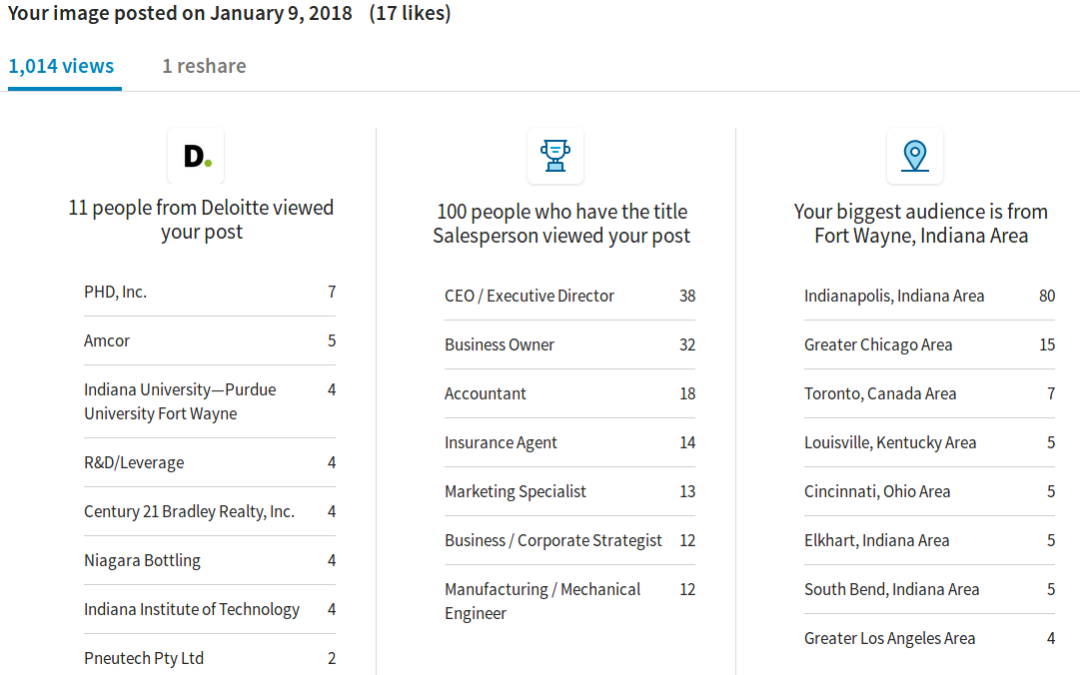 My favorite photo subjects are people at networking groups and I’ve been taking them for 12 years. It helps promote networking and it gives regular attendees a chance to see who was at meetings they missed. Sometimes I post them to LinkedIn, Pinterest and other sites including my business web site. I’ve noticed they seem to get more attention on LinkedIn.  I guess it’s because there are less photos posted on LinkedIn compared to FaceBook or other sites. Perhaps networking group photos are rare on LinkedIn and they get more attention – I don’t know. If you know, please share with me.

I posted a picture of the first meeting of 2018 for the group I facilitate, the New Haven Chamber of Commerce, last week. LinkedIn post statistics are very insightful and give me good information.  So far the picture has 17 likes which isn’t much, but the number of views is over 1000. And the vast majority of the views are not from my 1st level connections, but my 2nd level connections. That’s very good because people I don’t know are seeing the photo. The geography of the audience was reasonable with most views in Fort Wayne and Indianapolis. There were 15 in Chicago and 7 in Toronto and some in Detroit and other cities. The analytics also has views by company and the connection’s position. Surprisingly, eleven people from Deloitte viewed it and PHD was second with seven. I don’t know anyone from these companies, but they saw the picture and know we have a networking group.

You can bet I will be sharing more pictures to LinkedIn and I hope you can see why. Do you share pictures on LinkedIn? 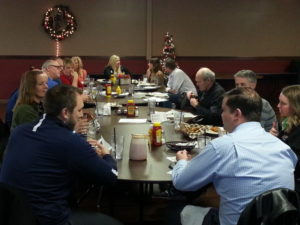 The picture I shared on LI which has over 1000 views