Linux Mint can live happily next to Microsoft Windows. 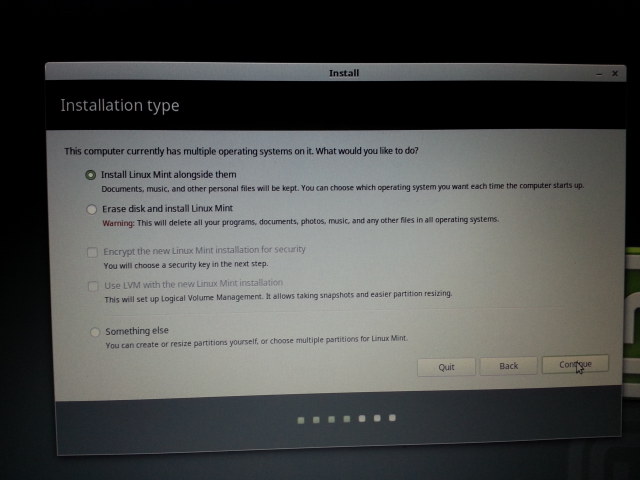 This weekend I was messing around with an old Dell business laptop which still had its original operating system, Windows XP, installed. I wanted to see if the laptop would let me install Linux Mint 18.2 on it and allow Windows to remain functional in a dual-boot scenario.  I’ve done this with other computers with Windows 7 and Windows 10. I booted with my Linux Mint DVD and the process began. Linux has an option where you can test-drive it before you install it. This allows you to see if your hardware as in video, audio, network, etc. work in Linux before you install. Linux Mint is free, much safer and stable than Microsoft Windows. Linux got Installed and there is new life in this old laptop. When the computer is turned on, Windows XP can be accessed and so can the new operating System, Linux. Have you got an old Windows computer?  Try Linux on it.