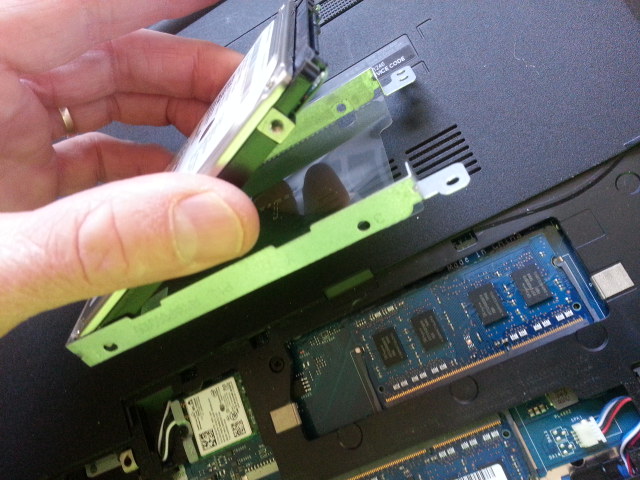 A new computer repair client contacted me last  month regarding a laptop that had display problems.  They could tell the laptop had electrical power but, the screen was blank.  When I got a hold of the laptop, It seemed ok in the video area. But as time went on, the video got worse.  During troubleshooting I discovered the laptop had built-in diagnostics.  I ran them and it found the video (LCD) cable was faulty and this explains the display problems. It got to the point where no video signal was present on the laptop.

I discovered my client had never archived or backed up the user data on the laptop and it had plenty on it  they needed back. Pictures, spreadsheets, word processor documents were among their data they couldn’t access now.  The other hardware problem was the ribbon cable for the power button came unsoldered while I was working on this old laptop.

Now, there was no way to power on this is a high-end gaming laptop which came with two hard drives.  I assumed it was configured in a RAID 1 which is a mirrored array where each drive is a duplicate of the other. I removed one of the hard drives from the laptop and intended to be able to read it on one of my drive cages in my Linux computer.  I was startled to discover the data couldn’t be read – although the drive was recognized as being a RAID member.  The reason was the user had configured the drives in a RAID 0 arrangement which was meant for speed and not redundancy.  Both drives are needed to read the data in a set. Later I researched my problem and the answer may be as simple as connecting both drives at once to my Linux computer.  Once this was done, the two drives appeared as individual RAID members and magically a third drive appeared!  It was the Windows 7 hard drive and my client’s data was there!  I quickly copied the user data to my computer so I could then copy to their external drive when it arrived. Needless to say, they were glad I recovered their data and I was happy to learn another reason Linux is so much better than Microsoft Windows. 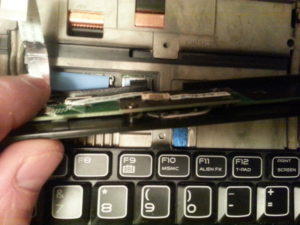