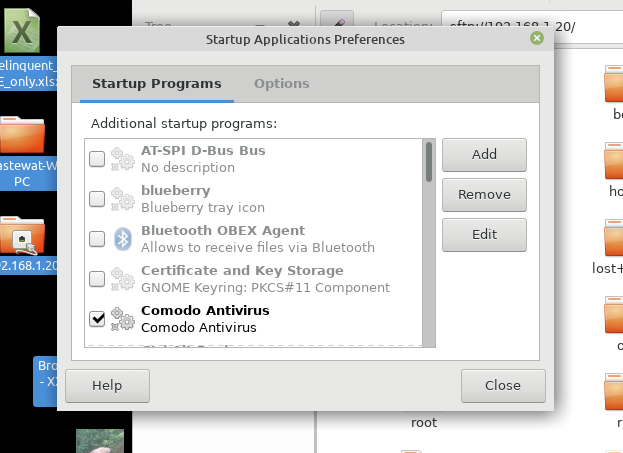 For the last year or so, my own Linux computer has been slow. It is a Dell Dimension made in 2006 so it’s definitely a slow computer by new standards. I installed Linux Mint on it and it was fairly fast.

Over time, like many computers it got slower and slower. Last night while I was writing an article, it was very slow and the hard drive LED on the front case was constantly on. I was getting very angry and had to do something to resolve it. The hard drive wasn’t suspected because it passed tests which were run recently.

I remembered somewhere that Linux has a startup area which holds programs to start when Linux starts. I started poking around and discovered “Startup Application Preferences” under the green LM Menu icon. It’s similar to the Microsoft Windows counterpart called startup. I opened it up and found many programs listed with check boxes checked. Many were unnecessary like bluetooth. I had no idea they were enabled or how long they were running when the computer started. All but my Comodo and the network were disabled.

The computer was restarted and now it responds much faster. Unfortunately, I failed to record what was checked before I disabled almost all of them! If this had been a client’s computer, pictures would have been taken first. I’m using the computer now to write this article and it’s much improved!