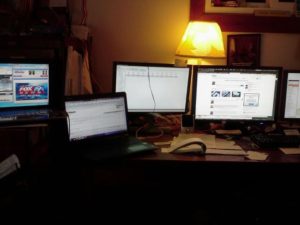 All major operating system developers release patches or updates to their systems to fix problems with security and crashes. Apple, Ubuntu Linux, Redhat Linux and others all do the same.  It’s important to let these install on your computer to keep it at it’s best.  I have a computer repair client who had a previous computer which continually installed and then rolled back the updates because of the hard drive had a problem. This process wasted hours of my client’s time as they were waiting to use their computer as the roll-back progressed. Consequently, they learned to hate windows updates and when they got a new computer  they were  still reluctant to let Windows updates install.  They went as far a to shut down the computer when the new computer started updating Windows.  I ensured them they are needed and to  let them install from now on.