I was not expecting this! New Haven(IN) Chamber Networking Group

I facilitate a business networking group for the New Haven Chamber of Commerce Tuesdays at Noon.  You’ll find us at the 469 Sports and Spirits bar off of Minnich Road.  It’s coming up on our four-year anniversary this spring.   We started in April 2016 at Rack and Helens and then we were at the Smokehaus BBQ last year. We try and give eating establishments who are chamber members a chance to host our meetings and that’s why we periodically change venues.

I’ve tried to make it easy to attend our group by not making you RSVP or attend regularly. And as an added bonus, we don’t restrict you by business category and you don’t have to be a Chamber member!

These lack of restrictions makes each meeting different week to week. Some people are here almost every meeting, others sporadically as they have time. Some show up a few times never to be seen again for various reasons. I don’t record attendance on paper, but Monika does and this does help us track attendance. The first week of January we had thirteen people and the next two weeks we had 16 and 17 people. It’s exciting to never know who will be at the meeting or our total numbers. 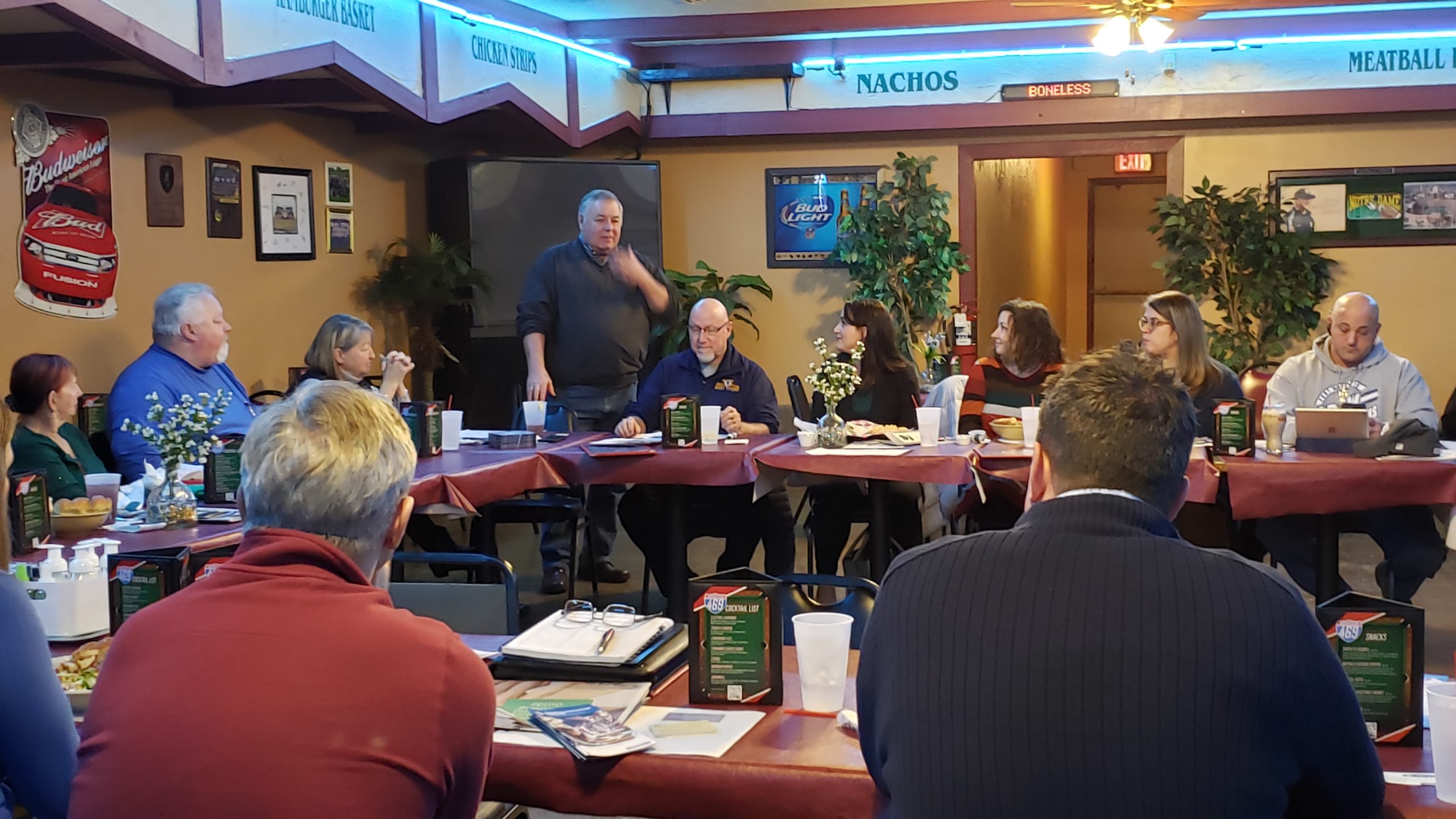 Today before the meeting, I was keeping track of the time and at 1147 I think we had around ten people in the room. I guessed we’d have a low turn-out and continued eating my soup. In the next 15 minutes, 16 more people arrived and we had to add more tables to our seating arrangement. It was the first meeting for about five of them, some I hadn’t seen since last year and the rest attend fairly regularly. I got some great smartphone pictures today and I shared them on social media during and after the meeting. Monika said we set a record for attendance at 26. We had the Adams County trustee attend and someone from New Haven government also in attendance. Also, a lady from the Park Board was there.

If you want a short, simple and effective networking group, come check us out. The more, the merrier I like to say! 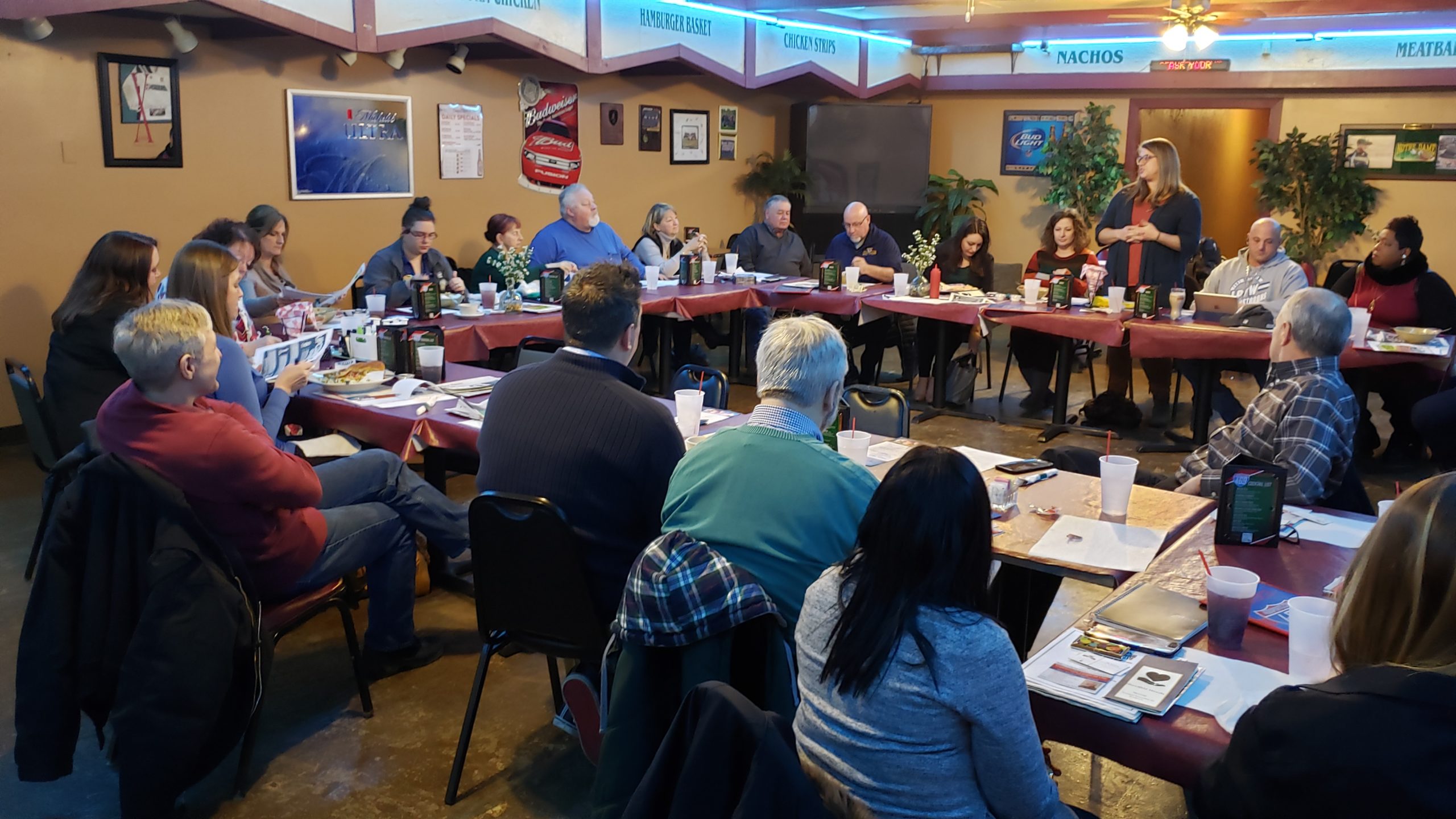