My PC is down and I have reports to do! Fort Wayne Computer Repair 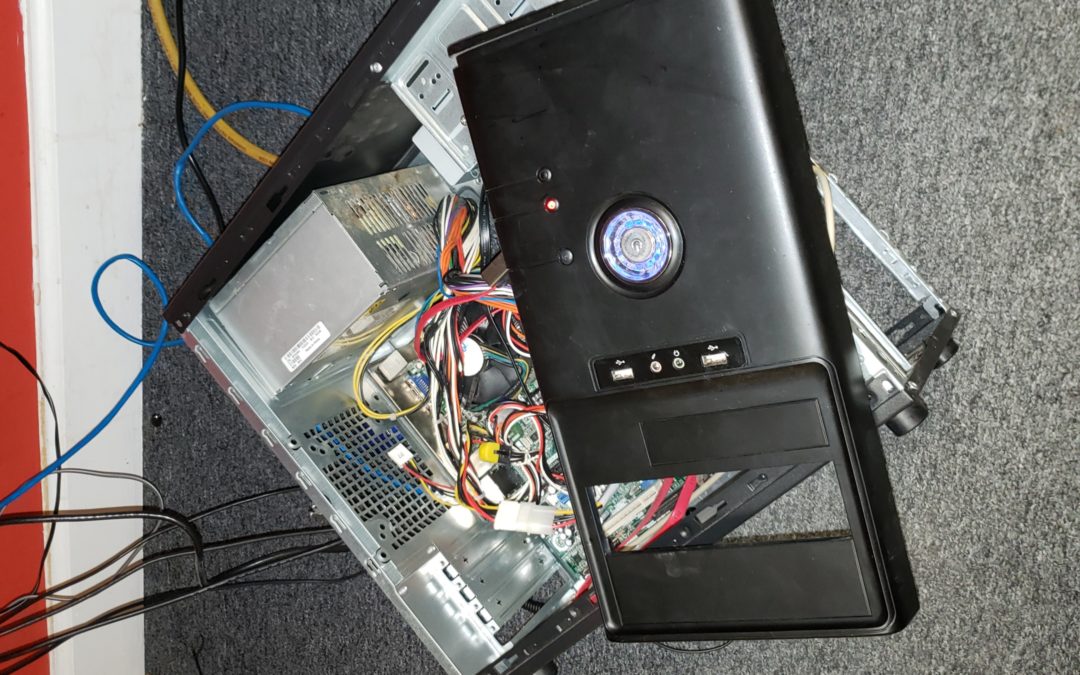 An employee of one of my business clients called and said his PC is down in their Fort Wayne Office last week. We talked on the phone so I would know what they had tried to resolve the problem. It worked fine yesterday and when they went to use it today, no response.  I dropped what I was doing and drove to their office with some replacement parts. Upon arrival, I started troubleshooting.

First I tested the electrical power at outlet and found it to be good. The power cord also tested normal. I checked to insure the settings on the power supply were good.  The voltage was on 115 which is correct and the power rocker switch was on which is correct.

Next, I opened the PC and disconnected everything connected to the motherboard like hard drives and DVD drives in case one of them was defective and pulling the computer down. The CPU fan was also disconnected and the PC still would not start.

I tested the Power Supply with my tester and there was no response at all on any of the connectors – no LEDs lit. The old Power Supply was removed and a replacement one of mine was connected in its place. Now, when the PC power button is pressed, the PC comes to life and the monitor begins the start-up sequence.

What happened to the power supply? Perhaps a component failed inside like a capacitor or resister. or it got overloaded by an electrical spike on the incoming 120AC line.  I suggested they get a UPS between the computer and the wall outlet to protect it so this doesn’t happen again.