You’re not going to believe this – my printer stopped 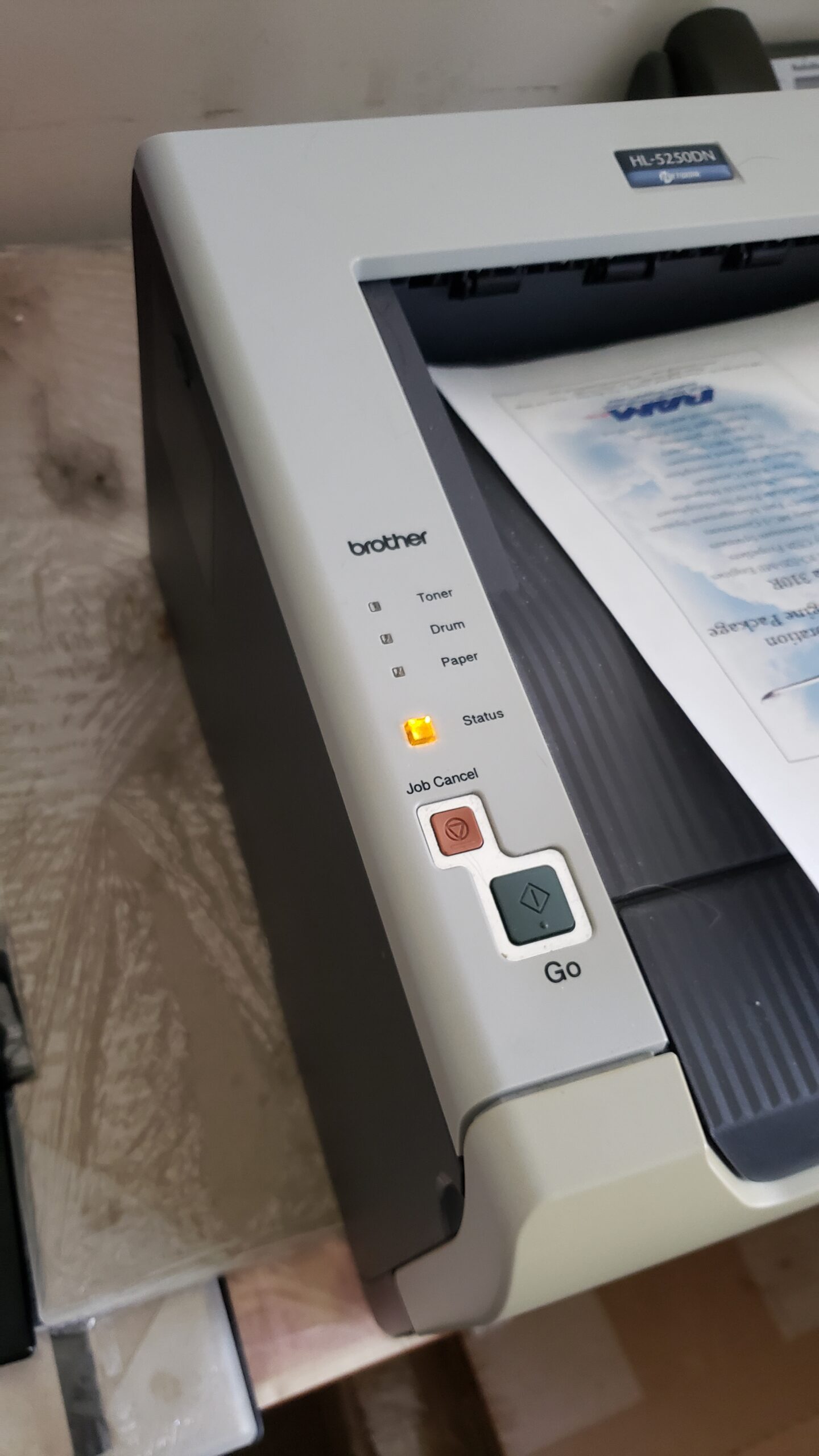 I have a computer client who writes political poetry on social media plus another column every night.  I’ve been helping him for the past week with a Facebook policy change which has stymied his publishing.  We got his poetry to post most of the time and we finally got his other article to post, but he had to change his procedure.   I was there this morning and it suddenly started to work.  I did some other things for him and took off to my networking group.

A few hours later I was near his location so I called to check on him.  “You’re not going to believe this but my printer is making a loud clacking noise and won’t print” , he said.  “OK, I’ll stop by.”   When I got there, he had the print screen up for LibreOffice, his word processor. My client already had powered down the printer with the power switch. I sent a document to the printer and eventually it errored out and nothing came out of the printer.  While I was present and when it came back on-line, the loud clacking sound was heard 3 times.

The front panel status LEDS were green but I knew I needed to try something else.  Duplicate printers in Windows control panel were checked but none found.  I reset the printer by unplugging the power cable from the printer’s case. It was left disconnected for a minute of two and then connected back.  Another print job was sent and now the computer added a job to the print queue and it printed. It must have got scrambled electronically some how.  He was amazed this worked and now he’s back in business.