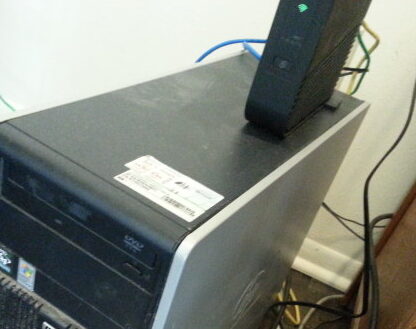 I work on many different devices like desktop computers, printers, scanners, tablets, and laptops. This year one of my clients was having on and off problems with another type of device – their smartphone. They’d have problems printing their work schedule PDF to their wireless printer. I’d try and walk them through solving it over the phone and usually I’d end up making a service call. Sometimes the problem was his smartphone and other times it was the printer. But lately it was networking connectivity. Their internet provider is Frontier and the Wifi router was an old model. At times I’d restart it and they could print again.

At the last service call I suggested they call Frontier and see if they’d replace this old router. Maybe the problems would go away. Last week I got a text message and my client said I was correct – Frontier ran some remote tests and the router needed replaced.