I discovered why my computer is so slow. Fort Wayne Computer Repair 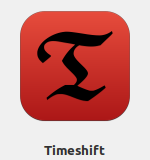 The last week or so my main Linux computer in my office has become so slow that I cannot use it.  It used to be a windows 7 computer that I installed Linux Mint 20.02.   It’s been good most of the time but lately it got very slow and I was looking in the top command and the system monitor program.  The front case hard drive LED was on and that tells me the hard drive is constantly accessed. The process I saw taking up most of the CPU processing was Rsync.   I would go and kill it but it would always come back.

I realized last week what the problem is.   I had turned on Timeshift which is a Built-in Linux program for taking snapshots of the hard drive and saving them in case you need to recover the computer in the operating system. I noticed that the hard drive was filling up on the 2nd Backup hard drive that was taking the snapshots for time shift. I tried to run time shift so I could disable it from running all the time and it wouldn’t let me run because it said it was always in progress.   Now I know what the problem is and I’ll probably disable time shift or adjust it so it’s not backing up as often. I’ve got to doing it every day which is an overkill in my case