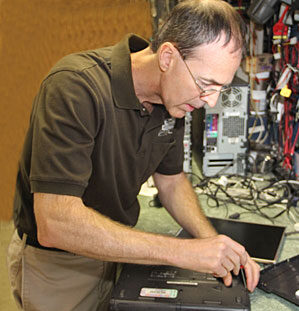 I got a text message from one of my business clients this month who had major problems with their Windows 7 computer. They had recently downloaded an application off the internet to help them with a smartphone problem and I assumed this was the issue. The laptop couldn’t connect to their internet router and the laptop was much slower than in the past.   First I looked at their security program and found some problems with it. After a lot of hassle, I got this rectified and it started working as I wanted.  Not much malware was found so I continued to look for other things which may be slowing things down.  A registry cleaning program was installed and run. It found an amazing number of registry errors that it repaired and garbage files that it removed.  Once these were corrected, the computer was fast again.

After briefly researching the smartphone application, it appeared harmless and used by many people.  I was very close to removing it when I started this service call but I left it installed.  I checked back two days later with my client and they said their Windows 7 computer was running great.  This shows that malware isn’t the cause of every slow computer and other things can be the cause.