How many smartphones do I need? Fort Wayne Computer Repair 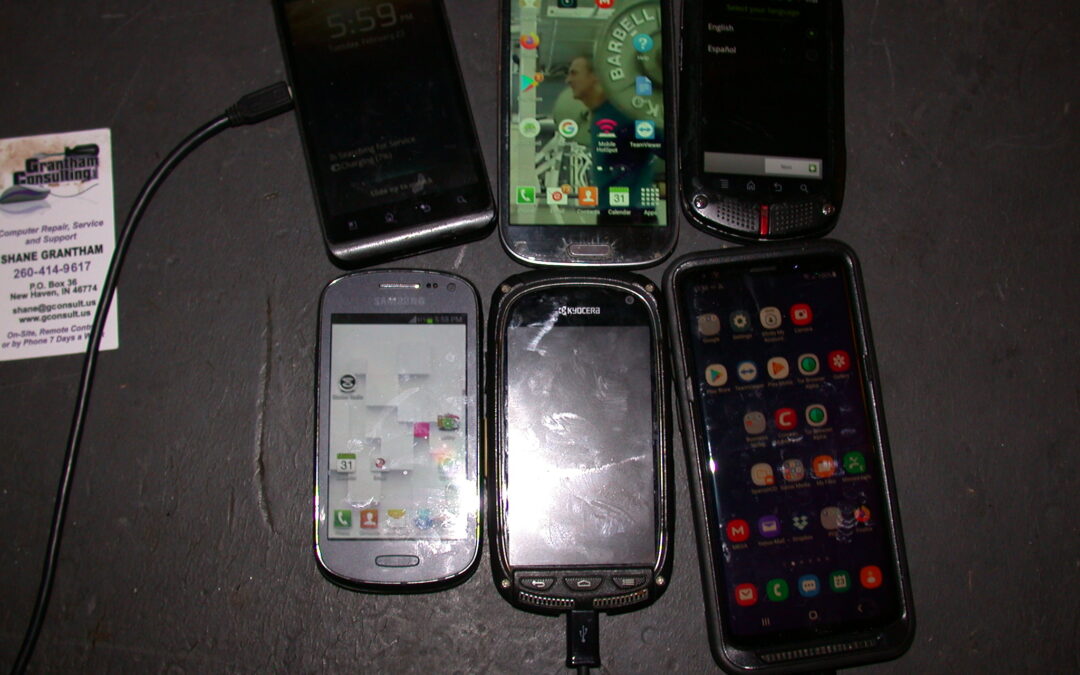 I have six smartphones that I use for various things in my life. Now before you judge me as nuts – let me explain. The newest one is 2 and a half years old and my main smartphone.  The plan is to keep this one as long a possible because it was ridiculous how much it cost.  This smartphone handles phone calls, text messages, email, social media and picture taking as well as other tasks.  It has a data plan that I pay for and use.

The remaining phones don’t have any data plans on them and were my previous phones or gifts.

Two of these smartphones are my previous ones that each have issues but work to some extent. One is an LG Revolution from 2011 and is about worthless because the WiFi doesn’t work on it.  I used to use it a a client’s lobby area to test one of their computer monitors HDMI port.  This smartphone was state of the art in it’s day. I’ve dismantled it many times to work on the Wi-Fi.

My next smartphone was a Samsung Galaxy SIII which still runs and I use it occasionally to read my emails.  Sporadically, it reboots when it gets under 70% battery charge so I keep it connected to a power source while I’m using it.

A client gave me a mil standard android smartphone four years ago and it worked for a few years and now it’s dead.  A relative gave another mil-standard android and it gets used as my alarm clock. The Wifi is disabled on it.  I keep my main smartphone in another part of the house when I’m sleeping so it won’t radiate my body with dangerous RF energy.

An old working, small Android smartphone was given to my by another relative a few years past.  It gets used for taking pictures of items I’m selling on the internet and for outside photos where I don’t want to damage the main smartphone. I like it because it’s tiny and very light.

So there you have my smartphone story.  if you ever have a smartphone or gadget you don’t want anymore, I may take it off your hands.  It gives me more practice with more devices so I can do more for my clients.