I thought my smartphone was finished. Fort Wayne computer repair 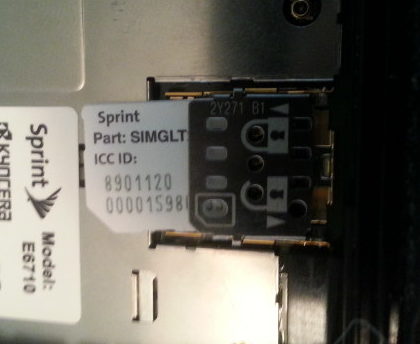 This week I had a scare with one of my main tools for my computer repair business. It’s used to communicate with my clients via social media, phone calls, email messages and text messages. Sometimes it’s helpful with researching on the internet and testing WiFi networks.  And just the other day it was used to read a PDF of an old invoice which detailed how I solved a problem for a client before I made a service call which reoccurred.

The scare happened when I went to make a phone call to a client and the smartphone displayed, “Emergency calls only”.  In the message bar at the top was a new icon and it displayed “NO SIM CARD”. The SIM(Subscriber Identity Module) card is necessary to connect your smartphone to your carrier’s cell towers.  Without it the phone can’t make phone calls or text messages.

My smartphone is over five years old and has problems with certain apps although phone calls work great. My first hunch was something internally was confused and I restarted it, but still “no SIM card” message appeared. the other possibility may be that the SIM got fried or the phone circuitry is defective.  Next, the phone was powered down while I did some martial arts for an hour. After it was powered back up, I was sad to see the same message which meant no phone calls or texting was available.  Maybe the SIM card needed re-seated in its slot. I took the phone apart to see the SIM card and its slot. To my surprise, the card was not in its slot, but sitting an inch above it! It wasn’t making any connection to the phone at all.  I pressed the SIM back into the slot and powered the smartphone back on.  No more SIM messages and I proceeded to make a phone call.  I don’t know how the SIM card worked its way out of the connector slot, but I’m glad I found the issue and it’s been fine ever since.