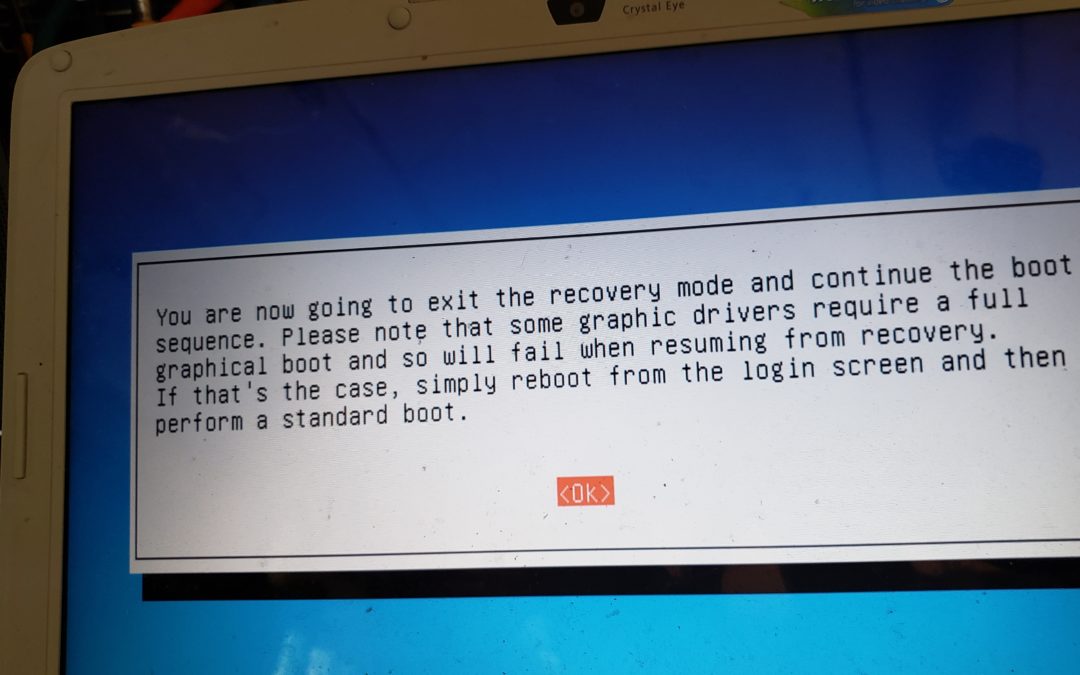 I have a laptop for my kitchen that plays internet web sites when I’m preparing food or eating(which can be often when I’m home.). It’s easily eleven years-old and came shipped from Acer with Windows Vista. I like it because it has a wheel volume control on the front of the laptop which makes it easy to adjust the sound level. When I first acquired the laptop, I installed the operating system Linux on it. Linux is safer, faster and reliable than Microsoft Windows operating systems and it can bring old computers back to life.

I knew because of it’s age, it’s may die any time or some part of it would break.  One day I turned it on and Linux failed to start and I was greeted with a blinking command prompt instead of the Linux graphical desktop.  A hard drive diagnostic CD was ran after the computer restarted, but it froze every time I ran it.  I tried a different diagnostic boot CD and it ran but said there is no hard drive installed.   Maybe the hard drive is physically defective and that’s why Linux can’t run.  I removed the hard drive and put it back in the laptop in case it was a bad connection.

I restarted it and chose the recovery mode and let Linux attempt to repair the file system.  This failed and it told me to manually run fsck which is the file system check program because it couldn’t do it automatically.  I ran fsck at the command prompt and it began repairing my Linux operating system. It found orphaned files and other problems which it fixed. After it restarted, Linux still failed to start and now I suspect a defective hard drive.