I finally got around to it. Fort Wayne Computer Repair 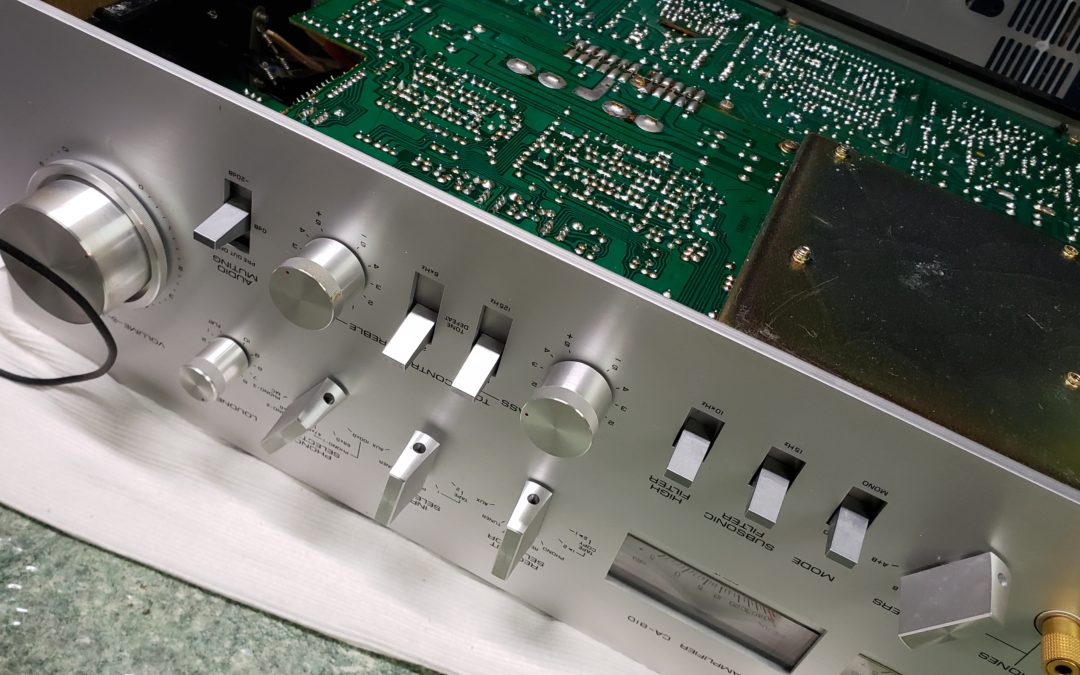 Back when I was in my late teens I was into audio equipment and music. Not playing music, but listening to it. I bought a nice Yamaha CA-810 integrated stereo amplifier, a Nakamichi cassette deck, Realistic tuner, Pioneer Phonograph and Pioneer HPM-900 speakers.

The Nakamichi cassette and Pioneer Phonograph are no longer with us and the other components are still alive.  Over the years the Yamaha amplifier developed crackling and static when it was powered on. Adjusting the volume, bass, treble or any other control would make it worse and it became unusable.  Finally last week I decided to tackle the problem so I could start using it again and play music.

I knew what the problem was from talking to people like my brother and researching on internet.  The amplifier is fairly heavy having been built around 1978.  I disconnected it from the other stereo components and carried it out to the workshop and placed it on the bench.

The potentiometers and other controls had dust, and dirt in them causing this static.  The inside of the amp needed accessed and the screws were removed from the case,  The cover came off without any problems and the controls were mostly visible.  I had some contact cleaner in my shop supplies and it was sprayed into the interior of each control through the small opening.  This cleaned out the dirt and dust and it sounds brand new again.