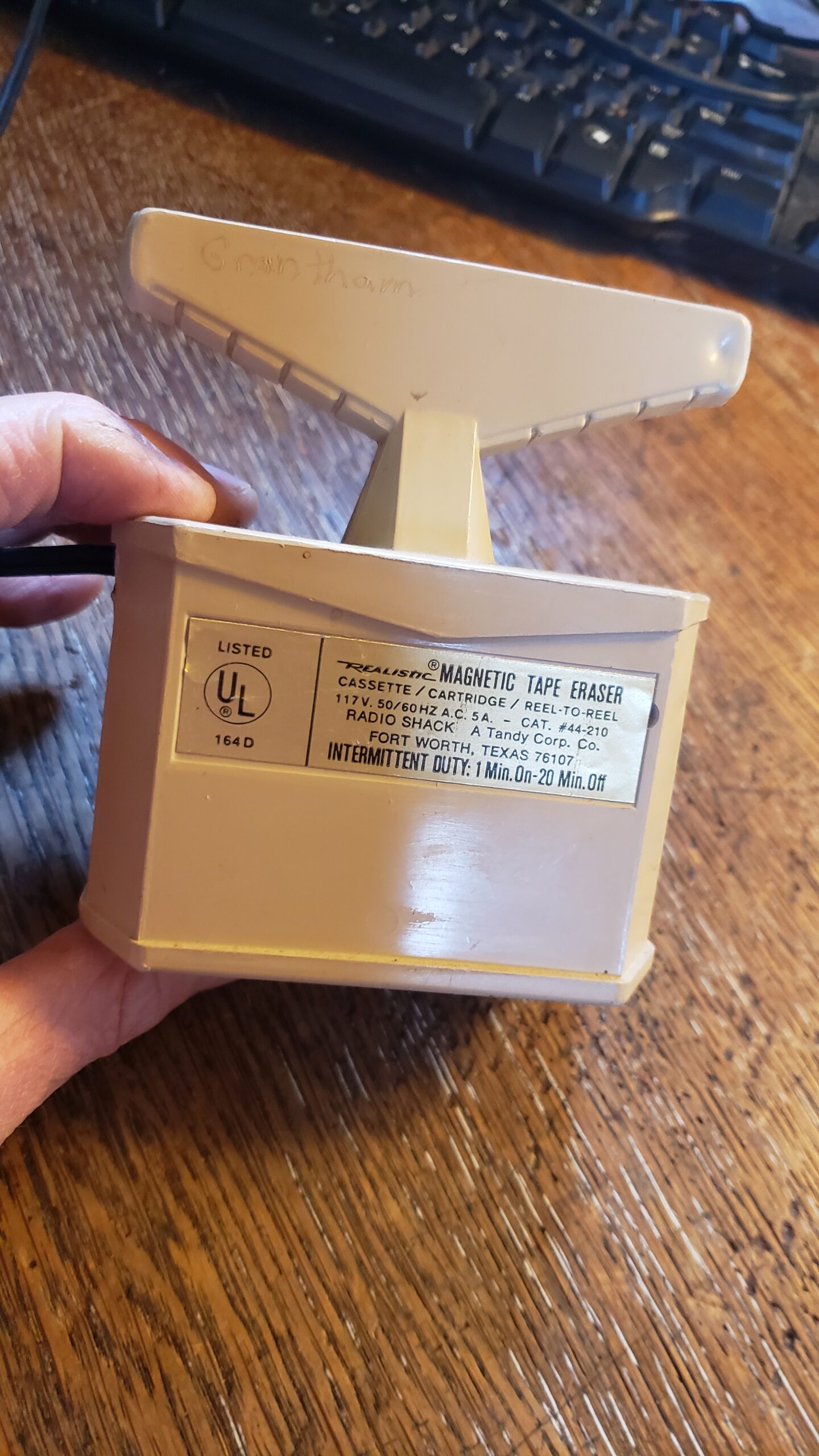 Several USB thumb drives are in my inventory and toolbox. Most of the time I can format them with one my computers but last week I had problems. I tried several times to format a SanDisk 16GB drive and each time no errors happened. When I would go to use it it gave an error on file copies.

I didn’t want to throw it out so I had to come up with something. Then I remembered a magnetic tape eraser I had in my workshop that I bought around 1975 from Radio Shack. It was used for erasing cassette tapes and it worked on this USB drive. It plugs into the 120VAC outlet and it takes a short time to erase.

Now I can save files to it just like when it was first purchased.