I have an old digital camera from the earlier 2000’s which still takes nice pictures. I’ve been using it to take pictures on walks and around the house. Being an older camera, it needs a compact flash card to save the images. When I want to take the images off the camera, the compact flash card is ejected and put into my USB external media reader. The media reader is over ten years old and was still working until around June.

I shifted into troubleshooting mode and verified the compact flash card worked in the camera in case it had the problem. The focus was now on the media reader. These compact flash readers have many pins and if some are bent, the card probably can’t be read. A flashlight was shone into the cavity and a pin or two looked bent. The card cavity was very tight and there wasn’t enough room for my hemostats, pliers or tweezers. 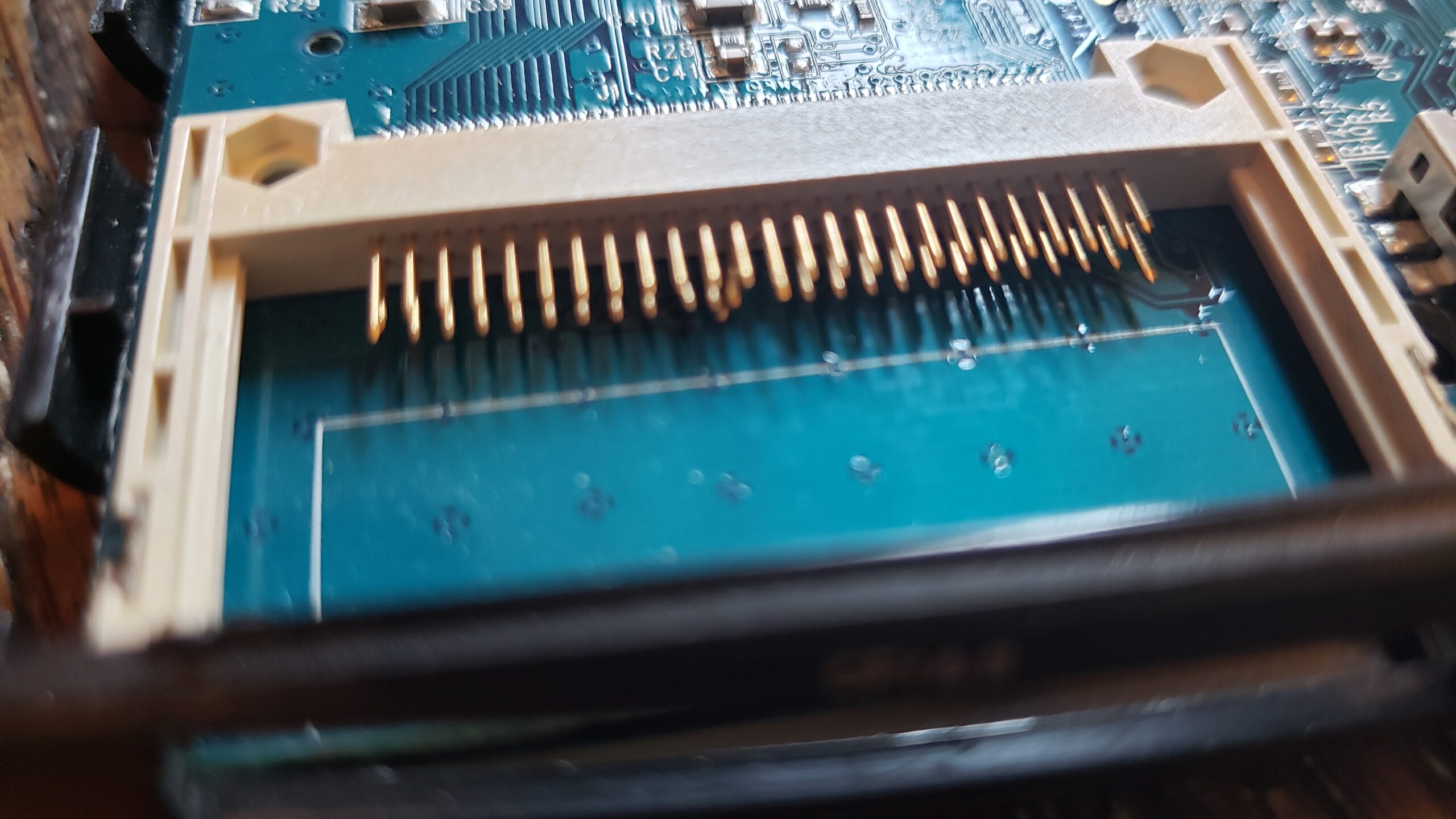 Now I had to open it so I could repair the pins. I search the case and found two hidden screws under a plastic strip. The two halves of the unit were separated and now the pins could be accessed a little easier. Two pins in the middle were completely flattened so I worked them to run parallel with the other 48 pins.

The media reader now recognizes my compact flash cards again and I can keep transferring pictures to my computers.