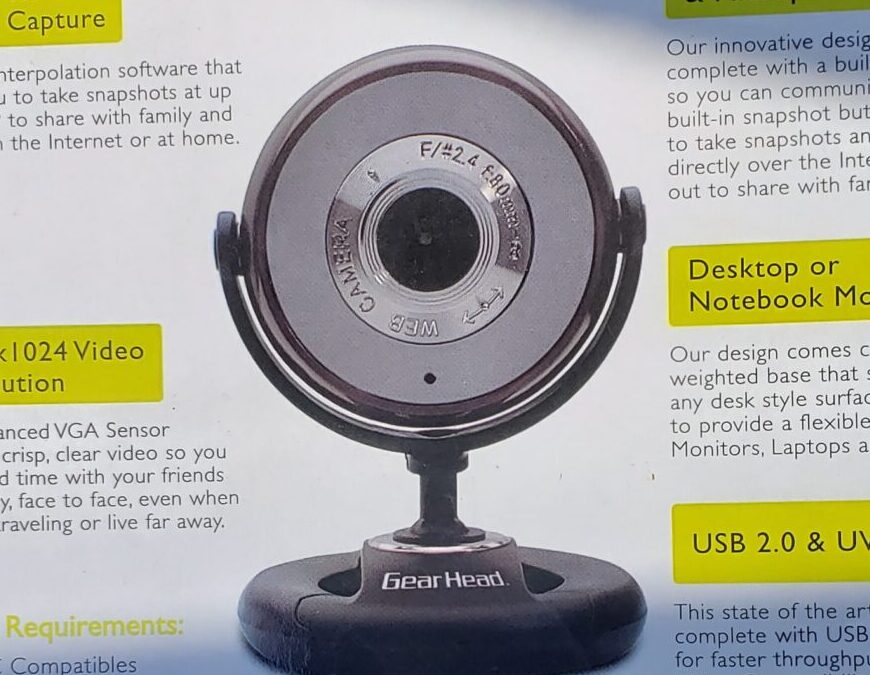 Earlier this year a business wanted web cams added to their three desktop computers.  I had one in stock and had to order the other two.  An on-site service call was made and I installed them to their Windows 10 computers.  Tests are always done so we know the hardware works.

I started the built-in Camera app to test the web cam and the video worked on all three computers.  The sound worked on the first two, but nothing was heard on the last computer.  Device Manager was opened and no problems were found.  The sound app was opened and the volume was full-blast.  Next, I started looking for physical problems with the speakers or cables.  I finally realized no speakers were connected to the computer and none existed in the monitor! No wonder we couldn’t hear anything!  My client was going to go to a store and buy some speakers the next week and I said to call me if they needed help with it.